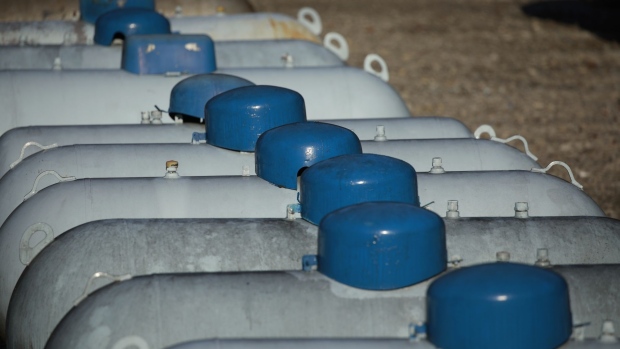 (Bloomberg) -- U.S. propane prices are so high and supplies so scarce that the market appears headed for “armageddon” during the depths of winter, according to research firm IHS Markit Ltd.

Stockpiles of the key heating fuel and manufacturing feedstock in the world’s biggest economy probably have already topped out for the year and will be stretched as cold weather descends in coming weeks, Edgar Ang, an IHS analyst, said during a webcast presentation on Tuesday.

Prices for the first quarter of 2022 are so far above later-dated supplies that “it may indicate players are preparing for propane-market armageddon,” Ang said. Some regions may face outright shortages before the end of winter, he said.

U.S. propane prices have almost doubled this year and are on course for the strongest rally since 2009. North American propane touched a 7 1/2-year high of more than $1.50 a gallon earlier this month, according to DTN Energy.

IHS is expecting a colder-than-normal winter that will place even more strain on propane supplies, analyst Veeral Mehta said.