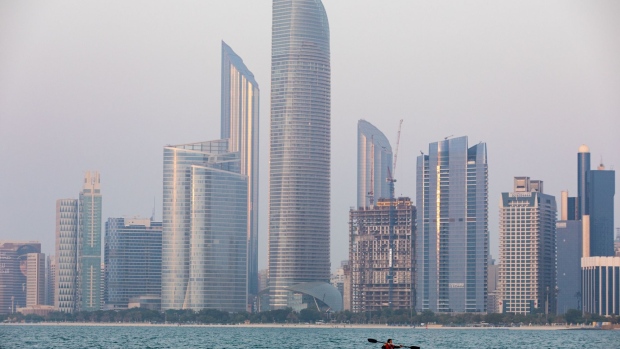 (Bloomberg) -- Abu Dhabi-based KBBO Group, once one of NMC Health Plc’s biggest shareholders, has hired a turnaround specialist to restructure its $2 billion debt pile, people familiar with the matter said.

The privately-held investment firm with assets in health care and food named Bruno Navarro as its chief restructuring officer, the people said, asking not to be identified because the matter is private.

Navarro has been involved with some of the biggest and most complex debt situations in the Middle East as head of restructuring at Abu Dhabi Commercial Bank PJSC and Abu Dhabi Islamic Bank PJSC. He has also worked at the International Finance Corporation, a World Bank affiliate, on restructurings in Latin America and Southeast Asia.

KBBO has about $2 billion in debt that needs to be renegotiated, leaving banks in the United Arab Emirates potentially exposed to another financial hit even as they grapple with a spike in bad loans amid the coronavirus pandemic.

Almost 40 KBBO creditors, including Dubai Islamic Bank PJSC and Mashreqbank PSC as well as London-based HSBC Holdings Plc, have set up two separate steering committees for both the health care and consumer arms of the business, the people said. The consumer group lenders are being advised by consultancy Deloitte LLP, the people said.

KBBO’s reorganization is being supervised by the UAE’s Financial Restructuring Committee, a relatively new bankruptcy process in Abu Dhabi that is also being used by contractor Drake & Scull International PJSC. KBBO said in early July it’s being advised by boutique firm Trussbridge Advisory Ltd. and consultancy firm PwC on its restructuring.

KBBO Chairman Khalifa Bin Butti Omeir Al Muhairi had stepped down as vice-chairman of NMC in February amid confusion over the exact size of his stake in the hospital operator, which is now being run by administrators Alvarez & Marsal Inc.​Al Muhairi had pledged NMC shares as collateral against loans, according to a December 2017 filing. He sold a combined 15% stake in the company along with former director Saeed Mohamed Butti Mohamed Khalfan Al Qebaisi in January.

NMC’s shares plunged amid allegations of fraud in mid-December before being suspended on the London Stock Exchange. KBBO and some of NMC’s other major shareholders also held a significant stake in financial services firm Finablr Plc, which too has been suspended.

KBBO Group has a venture with Guggenheim Partners offering “advisory services” to local family offices and institutional investors. Guggenheim KBBO Partners holds stakes in food retailers, private schools and owns “one of the largest privately owned art collections” in the Gulf with pieces by Matisse and Picasso, according to its website until it was taken down weeks ago.