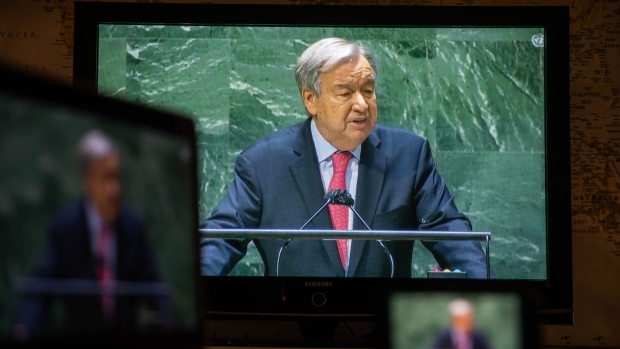 “I am delighted that after over a year of armed conflict which has affected millions of people across Ethiopia and the rest of the region, there is now a demonstrable effort to make peace,” Guterres said.

His comments came after a telephone call with the African Union’s High Representative to the Horn of Africa Olusegun Obasanjo visited Ethiopia’s capital, Addis Ababa and Tigray’s Mekelle.

The former president of Nigeria expressed optimism that “there is now a real opportunity for political and diplomatic resolution of the conflict,” the UN chief said.

Fighting has engulfed Africa’s second-most populous nation since Prime Minister Abiy Ahmed in November 2020 ordered an incursion into Tigray in retaliation for an attack on a federal army base. In the past weeks the north has come under aerial attacks, according to aid workers.

The drawn-out conflict has hammered investor confidence in what was one of the world’s fastest-growing economies and sparked a sell-off in the nation’s bonds.

Guterres said the UN would support “an all-inclusive and nationally owned dialogue, peace, security and reconciliation process in Ethiopia.”

The U.S.’s new Special Envoy for the Horn of Africa David Satterfield and Assistant Secretary of State for African Affairs Molly Phee are due to visit Ethiopia this week.