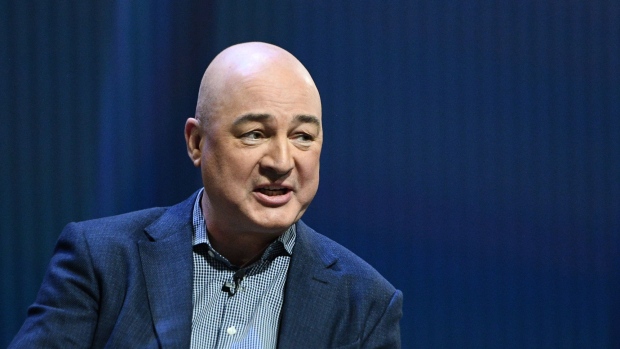 (Bloomberg) -- Unilever Plc Chief Executive Officer Alan Jope plans to retire at the end of next year following a tumultuous period where the company botched a potential £50 billion ($53 billion) deal and irked investors with lackluster growth.

Jope, a long-term veteran of the consumer goods company, will leave after only five years in the role, with no named successor currently in place. The shares rose as much as 3.7% in early London trading.

The move comes after Jope tried unsuccessfully to buy GSK Plc’s consumer health unit earlier this year and less than three months after activist investor Nelson Peltz was granted a board position after building a stake in the UK maker of Magnum ice cream and Dove soap.

Unilever will now be seeking a new CEO at a time when the company, which is lagging its bigger rival Nestle SA, has to contend with the global surge in inflation, continued supply chain disruption and a record fall in the pound.

The board will start a search for his successor, considering both internal and external candidates, the company said Monday.

Jope will have spent more than 35 years working for Unilever. Jope’s attempt to take over GSK’s consumer health unit in January angered some investors and focused attention on the performance of the food and refreshment portfolio.

Jope inherited a tough operating margin target of 20% and a focus on the “purpose” of his brands from predecessor Paul Polman. The former led to tight cost control and sales growth lagging behind that of archrival Procter & Gamble Co. The latter invited ridicule from investor Terry Smith, who questioned why products such as mayonnaise had to have purpose.

Jope’s resignation leaves Unilever plenty of time to find a successor, but such a long period of uncertainty amid high levels of inflation could unnerve investors. With no long-term boss in charge, Unilever is less likely to make bold decisions like selling significant parts of its food portfolio, for example.

The executive became CEO of Unilever in 2019, after Kraft Heinz Co.’s failed bid to acquire the company in 2017 for $143 billion. That debacle led Unilever to consolidate its headquarters in the UK, ditch a cumbersome Anglo-Dutch structure, and adopt a more aggressive acquisition strategy.

Earlier this year, one of Unilever’s top investors, Nick Train of Lindsell Train Investment Trust Plc, said the company has contracted a case of “long Covid” with “pedestrian” results that didn’t compare with better performances from rivals. Smith, the founder of Fundsmith and a large shareholder of Unilever, has been the most vocal critic, accusing the consumer giant of having “lost the plot” with its focus on social purpose.

(Updates with background on Unilever in fourth, fifth paragraphs)