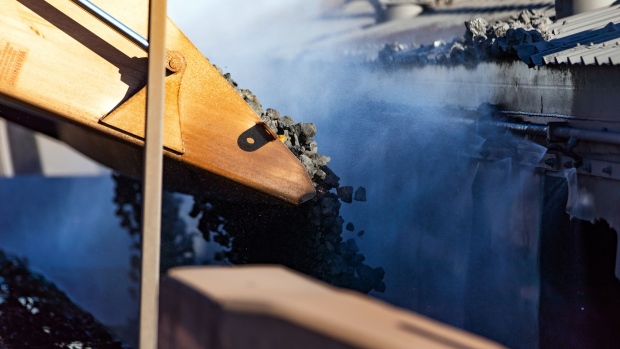 A road train offloads manganese ore to a conveyor at the port in Port Hedland, Australia, on Monday, March 18, 2019. Port Hedland is the nexus of Australia’s iron-ore industry. For a decade, residents, mining companies and the state government have been tussling over the effect on people’s health of the dust generated by the transfer of the ore and what can be done to mitigate the pollution. Photographer: Ian Waldie/Bloomberg , Bloomberg

(Bloomberg) -- If iron ore giant Vale SA decides to separate its base metals operations, it may look at the possibility of merging that business with the assets of another company.

Chief Executive Officer Eduardo Bartolomeo opened the door to such a possibility during the Financial Times Mining Summit on Thursday.

The world’s second-largest producer of iron ore continues to weigh up the pros and cons of forming a seperate company with its copper and nickel mines in Canada, Brazil and Indonesia. The goal is to unlock value as the global transition toward clean energy gains momentum. A future merger would help Vale gain scale as new deposits get trickier and pricier to find and develop.

“When you have this vehicle you might find a way to merge with somebody who has synergies with you,” Bartolomeo said. “But this is a second step. First step is to look at yourself, fix yourself.”

Vale became the world’s biggest commercial producer of nickel after taking over Inco in 2006 for about $19 billion. The company calculates the nickel and copper business is worth about $25 billion, a value that’s not reflected in the current single structure.

“When people look at Vale, they look to iron ore,” he said.

The company sees an opportunity to grow in the electric-vehicle supply chain as the world tries to wean itself off fossil fuels.

Vale has faced setbacks in its base metals operations in the past week or so, with miners trapped in a Canadian underground mine, a fire at Brazil’s Salobo copper mine and a temporary halt of nickel mining at Onca Puma.