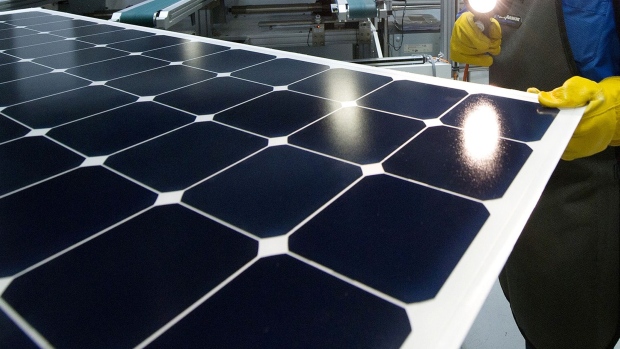 Investors at G2 Venture Partners, a Silicon Valley firm that backs climate technology, spent this week poring over the Inflation Reduction Act, the US Senate’s landmark climate bill that is expected to be up for a vote Friday in the House of Representatives. It was an exercise in cautious optimism.

G2 was started by alums of Kleiner Perkins’ Green Growth Fund, a major investor in the first clean tech bubble of nearly 15 years ago. As a rule, G2 only backs startups that can thrive without the aid of government loans or subsidies.

Still, the proposed climate policy is set to dwarf prior waves of federal support for green business. “This is many multiples and orders of magnitude larger,” says Monica Varman, a G2 partner. She predicts the bill’s credits and incentives will drive down the cost of renewable energy, electric cars and other consumer purchases, such as HVAC systems and home weatherization. Startups working in those fields, Varman adds, “will become more attractive to venture.”

"We bet on founders building a better future with tech that’s faster, cooler, and cheaper — not on politicians writing better policy,” said Mia Diawara, a partner at Lowercarbon Capital. “But, $370 billion for climate is a BFD that multiplies the value, and speeds up the deployment, of just about everything we invest in."

One gift in the bill is the extension of the time horizon for renewable tax credits. To date, Congress has had to renew these credits every few years in a process that’s “traumatic and awful” for funding and construction cycles, says Nancy Pfund, founder and managing partner of DBL Partners and an early Tesla Inc. investor. The bill also has tools for the private-sector to make advances in new areas, such as $20 billion in credits to support carbon-light agriculture and $5 billion for forestry.

Perhaps more exciting to the investor class is the expected impact on Fortune 500s. Thousands of big companies that have set zero emissions goals are lumbering toward them, moving even slower during the economic downturn. The hope is that the climate policy will reverse that trend, spurring activity from the very companies that might buy from or acquire startups. What’s necessary for that to happen is a return of healthy public markets both so that maturing companies can access capital and the overall landscape primes for growth.

Large companies are already investing in startups that they can see playing a role their futures. It’s an offensive maneuver, to claim early ownership in important work, but also defensive — keeping those startups in their orbit so they can be purchased outright instead of going public by themselves.

“Having a healthy ecosystem where you’re priming the pump in early days — which these bills help with a lot — then allow the scaling to happen,” Pfund said. “That’s how you get these iconic opportunities that move the needle on all fronts.”

That this new, national push toward the clean economy was accompanied by such surprise and 11th-hour drama only heightens the momentum.

“Two weeks ago, the US wasn’t going to get behind this,” says Ryan Panchadsaram, an advisor at Kleiner Perkins. “Today, there’s this humongous support.”

Early-stage investment in climate tech reached a record $53.7 billion in 2021. While the totals aren’t likely to reach that high this year, the sector seems to be bucking the trend. Several investors in climate tech say they aren’t seeing the massive pullbacks and slowdowns hitting startups elsewhere. “I think 2022 is going to be a great year,” says Panchadsaram.

The Senate bill hasn’t pleased everyone. Climate investors found some notable gaps — minimal or no support for certain types of carbon capture and efforts to strip carbon from huge industrial production of concrete, steel or fertilizer. Josh Felser, a co-founder of the early stage investment firm Climactic, was enthused about the bill’s passage but flagged the shortage of support for addressing the water crisis. “On the West Coast, there is no future that doesn’t involve desalination,” he says, referring to facilities that can remove salts and minerals from seawater to make it drinkable or useful to farmers.

It’s possible financiers will flood into areas that the government neglected. But likely not. Many of these technologies require massive funding simply for basic research, let alone marketable services. “Venture capital wants to follow the subsidies,” says Felser.

Perpetual US debates over energy subsidies, whether they go toward fossil fuels or renewable technologies, tend to ignore a centuries-old history of supporting energy transitions — a pattern  that the Inflation Reduction Act would extend if enacted.

“Energy has been subsidized since wood,” Pfund said. “It’s basically what we do in America. We help new energy transitions.”

Investors are jazzed about the subsidy carrots for electric vehicle fleets and domestic manufacturing of batteries and other materials, areas that already have major investment support. Some also welcomed the sticks. The bill levies new taxes on methane emissions.

By mid-week, Varman and her colleagues were still working on a report detailing the bill for Crusoe and their other portfolio companies. But Varman says the basic message was clear: “This is a historic moment. Carpe diem.”