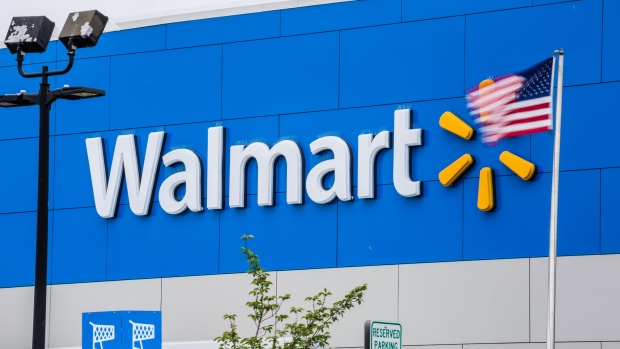 An American flag flies outside of a Walmart Inc. store in Secaucus, New Jersey, U.S., on Wednesday, May 16, 2018. Walmart is scheduled to release earnings figures on May 17. , Bloomberg

Walmart Inc.’s Greg Foran, the architect of the revival of its U.S. stores, is departing to run an airline in his native New Zealand, leaving a big hole at the world’s largest retailer on the cusp of the holiday season.

John Furner, 45, was named to replace Foran, according to a statement. A close friend of Chief Executive Officer Doug McMillon, Furner started working at Walmart as an hourly associate in 1993 and rose to lead Sam’s Club in 2017. He has international experience as well, previously running merchandising and marketing in China. The change will go into effect on Nov. 1.

Foran, who is in his late 50s, was largely responsible for whipping Walmart’s core business into shape over the past five years by making its 4,700 stores cleaner and easier to shop in. His efforts have led to more than three straight years of increases in quarterly same-store sales, the key metric in retail. But in recent months, tensions had emerged between Foran and Walmart’s U.S. online chief, Marc Lore.

“It’s a big blow,” Brian Yarbrough, an analyst at Edward Jones, said. “He’s been instrumental to the turnaround and people actually give him more credit than they do Doug. It’s hard to fill his shoes.”

Furner has revitalized Walmart’s warehouse division, Sam’s Club, by consolidating its confusing array of private brands and beefing up its online business.

Walmart’s U.S. stores were in dire shape when Foran took over the U.S. operations in 2014, after having served a stint in China. Stores were messy, with products out of stock, and Walmart was under threat from discounters like Dollar General and Germany’s Aldi, whose prices were often lower. Foran invested billions in cutting costs on everyday items, improved employee retention by raising wages and relaxing the dress code, and also ensured that the retailer’s curbside grocery pickup service rolled out quickly.

The shares were little changed in late trading Thursday. Walmart stock has advanced 28% this year, outpacing the advance of the S&P 500.

Foran will be CEO of Air New Zealand Ltd., which is 49%-owned by the government and part of the nation’s effort to boost tourism and trade. He often spoke fondly of his home country, and Air New Zealand posted a video online early Friday that showed him talking about his pride at returning to his native land.

Air New Zealand is one of the highest profile jobs in the country -- and one that doesn’t become available often. There have been only two CEO changes at the airline since 2005. His son, Kieran Foran, is a professional rugby league player and has been a member of New Zealand’s national team.

Air New Zealand, based in Auckland, said in an email that Forlan wouldn’t be available for comment until he formally starts the position. Walmart didn’t respond to a request for comment after ordinary business hours.

As a consummate retail expert, Foran is known to possess an encyclopedic knowledge of the intricacies of store operations. He eschewed corporate attire, preferring to wear the blue vest that Walmart’s hourly employees also wear. Store-level profit margins improved as he kept an eagle eye on every expense, from lights to labor.

Despite his success running the U.S. business, a sprawling operation that accounts for about three quarters of Walmart’s profit, Foran was never fully embraced by Walmart’s corporate culture, which can be hostile to those that don’t rise up through the lower ranks, according to people who know the company’s inner workings.

Then there was Lore, who Walmart elevated to run U.S. e-commerce not long after acquiring Lore’s startup, Jet.com, for $3.3 billion in 2016. Lore has helped inch Walmart.com toward becoming a viable rival to internet giant Amazon.com Inc. -- but that growth came at a cost to profits. This irked Foran, people familiar with his thinking have said.

Lore also spent millions on acquisitions that didn’t pan out, like vintage clothing site ModCloth, which was just sold, and on pet projects like JetBlack, a text-based shopping concierge for rich Manhattan dwellers (a demographic that includes Lore).

Meanwhile, Foran held responsibility for the rapid expansion of Walmart’s curbside grocery pickup business, which will be in 3,100 stores by year end and has brought new customers in. He was named as CEO of Walmart in the U.S. in 2014 after joining the company in 2011.

In a note to clients, Bernstein analyst Brandon Fletcher said Foran “did his job really well” and “seriously loves New Zealand.” Furner is more of “an old-school” Walmart executive, Fletcher said, while noting he is a “strong people leader.”