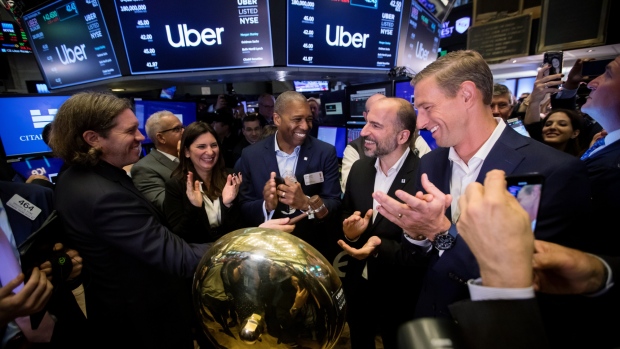 At least it’s not the worst start ever for an IPO.

After Uber Technologies Inc.’s US$8.1 billion initial public offering, investors in the ride-hailing company were arguably less than thrilled when the stock immediately opened today more than 6 per cent below its US$45-a-share offer price.

The shares then quickly fell as low as US$41.06, putting it on course for one of the worst openings for a mega-IPO in recent memory, before clawing back to trade at just under US$45 as of 1 p.m. in New York.

That’s hardly the “pop” that’s associated with most IPOs, but with a few more hours of trading to go, Uber so far has avoided the worst. Since the start of the decade, only four company IPOs of a billion dollars or more have seen their shares tumble 5 per cent or more on their debut. And out of that group of 60, just seven ended the first day of trading in the red.

As for the worst debut? That ignominious title belongs to delivery service ZTO Express (Cayman) Inc., which plunged 15 per cent on day one. 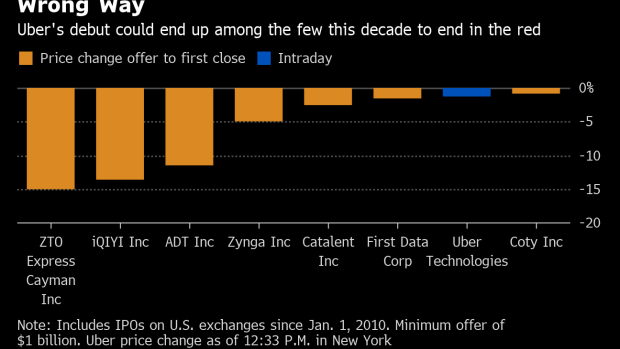