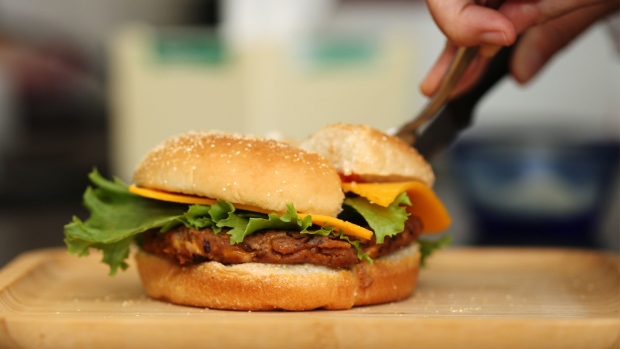 OTTAWA -- The federal government is helping finance an innovative, new agricultural production plant in Winnipeg that turns peas and canola into protein powders for the food industry.

Merit Functional Foods Corp. plans to have its new 94,000-square-foot production plant at Winnipeg's Centreport running by the end of the year.

There it will extract protein from peas and canola seeds for use in everything from pre-packaged protein shakes and meat-alternative foods to non-dairy creamers and energy bars.

The company intends to use only Canadian-grown peas and canola and claims to be the first in the world that will produce canola protein for the food industry.

Ottawa is contributing a total of $100 million, including a previously announced $9.2 million from the Protein Industries Supercluster.

Loans of $25 million and $55 million are coming from Farm Credit Canada and Export Development Canada, while the AgriInnovate Program is contributing a $10-million repayable grant.

"This facility will be a world leader in plant-based proteins and will create good jobs in a fast-growing field," Prime Minister Justin Trudeau said Monday. "And by using 100 per cent Canadian inputs, it will also support farmers who produce the canola and yellow peas used in Merit's products."

Demand for plant-based proteins is soaring as people around the world seek to find meat alternatives in a bid to improve their health and that of the planet. Merit is seeking to make protein additives from peas and canola that taste better and have improved textures.

Merit signed a development agreement with Nestle in January to use Merit's pea and canola protein products in Nestle's food offerings.

The plant is expected to create 80 new jobs.