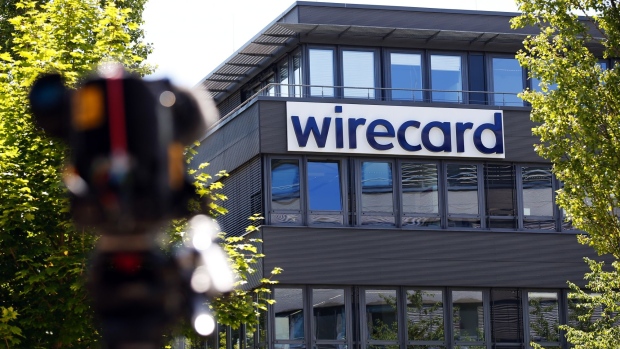 A television news camera stands outside the Wirecard AG headquarters during a police and prosecutors raid in Munich, Germany, on Wednesday, July 1, 2020. Wirecard offices in Germany and two locations in Austria were raided by Munich prosecutors looking into the 1.9 billion euros ($2.1 billion) that went missing from the fintech company’s accounts. , Bloomberg

Wirecard AG, the insolvent German payments processor engulfed in the country’s biggest accounting scandal, won dismissal of a U.K. fraud case over its 2015 purchase of an Indian company.

The case, brought by the former minority shareholders of the company, Hermes I-Tickets, has no realistic prospect of success, the London commercial court ruled on Wednesday. The allegations lack substance and are contradicted by documents and other evidence, Judge Ross Cranston said in the ruling, granting Wirecard’s request to dismiss the case without a trial.

“There is no basis to believe that a fuller investigation of the facts of the case would alter the evidence to affect the outcome,” Cranston wrote in the judgment. “There are no novel points of law to decide, nor any other compelling reason why this claim should be tried.”

The former shareholders alleged fraud after Wirecard paid 326 million (US$373 million) to acquire the payment businesses. It had sold a short time earlier for only a fraction of the amount. The owners claimed the German company must have known about the price disparity and colluded with the people who orchestrated the transactions. They were seeking 27.5 million euros from Wirecard.

A related case in India over the Hermes purchase is still pending.