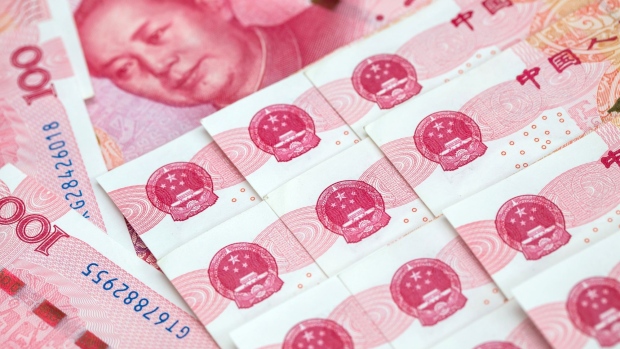 The portrait of former Chinese leader Mao Zedong is displayed on a Chinese one-hundred yuan banknote in an arranged photograph taken in Hong Kong, China, on Thursday, April 23, 2020. The People's Bank of China (PBOC) has cut short- and medium-term rates recently on top of liquidity injections, loan rollovers and easier regulatory rules. , Bloomberg

Treasury Secretary Janet Yellen will decline to name China as a currency manipulator in her first semiannual foreign-exchange report, according to people familiar with the matter, a move that allows the U.S. to sidestep a fresh clash with Beijing.

The report, which is not yet finalized, is due on Thursday, although it is unclear when the department will release it. During the Trump era, the Treasury Department was accused of politicizing the report after it abruptly designated China a manipulator in mid-2019 outside its usual release schedule, only to lift the label five months later to win concessions in a trade deal.

A Treasury spokeswoman declined to comment. The offshore yuan extended its intraday gain slightly following the news Monday, while the onshore yuan was little changed in China Tuesday..

Yellen’s team has also discussed the possibility of reversing a 2019 Trump administration move to lower thresholds for determining whether an economy is manipulating its currency for competitive advantage, the people said on condition of anonymity because the talks are private. A rollback could lead to the agency cutting the number of nations it scrutinizes by nearly half, they said.

The Biden administration is looking to hold China accountable for what it says are unfair trade practices, along with other issues such as human-rights violations, while reviewing what to do with tariffs slapped on billions of dollars of Chinese goods by former President Donald Trump.

Designation as a currency manipulator comes with no immediate penalties but can rattle financial markets. The law requires the administration to engage with the countries to address the perceived exchange-rate imbalance. Penalties, including exclusion from U.S. government contracts, could be applied after a year unless the label were removed.

While China is set to escape a manipulation tag in the upcoming report, Treasury officials are concerned that the nation is masking currency intervention through activities at state-owned banks, according to the people familiar with the matter.

During her confirmation hearing in January, Yellen told lawmakers that the U.S. “should oppose” attempts by other nations to game their currencies.

She also hinted at changing the criteria of the currency report, saying that bilateral trade deficits shouldn’t be seen as “a single catch-all metric.”

In the last report during the Trump administration, then-Treasury Secretary Steven Mnuchin labeled Switzerland a currency manipulator and placed India on its watch list for closer scrutiny. Since then, officials in those nations have largely ignored the U.S. and are continuing aggressive moves, and indication that the report is no longer effective as it once was.

Under the Trump administration there was an “ad hoc” interpretation of the manipulation criteria, according to Eswar Prasad, an economist at Cornell University who formerly worked in the International Monetary Fund’s China division.

In 2017, Mnuchin placed China on its so-called watch list of countries receiving heightened scrutiny for triggering one out of three of the criteria, rather than the two that is the standard laid out in the report.

Now Treasury needs to “rebuild credibility for the report by using a more sensible set of criteria and applying them in a consistent manner across countries rather than change the process to specifically target a certain country,” Prasad said.

The Treasury’s currency report has had special resonance in Asia, home to eight of the 10 members of the December report’s monitoring list in addition to Vietnam’s manipulator tag. Governments in the region have been burdened by U.S.-China tensions throughout the trade war begun under the Trump administration, caught between a critical security and investment partner and their biggest economic partner.

They’re now bracing for the potential that President Joe Biden’s White House will keep up the pressure not just on China but on some of its traditional allies or friends in the region, including through assessments of domestic currency policies.

--With assistance from Benjamin Purvis, Michelle Jamrisko and Kristine Aquino.