Shipping concerns for holiday shopping season are real, but the consumer is bigger: Former HBC CEO

Every day, millions of viewers come to YouTube to research the latest gadgets and beauty products that the site’s creators promote. Most of them then leave to make a purchase — often on Amazon.com.

Starting next week, YouTube will host a weeklong livestreaming event, called Holiday Stream and Shop, where select social media stars will sell their own merchandise and brand name products directly on the platform. In the coming weeks, some YouTubers will be able to hawk goods from their videos, a concept known as shoppable video. It’s all part of the company’s biggest push yet to become a shopping destination.

YouTube, part of Alphabet Inc.’s Google, has toyed with this idea for years, but its plans accelerated when the pandemic created a surge in e-commerce. The company also faces new competition in luring advertising dollars — its core business — from the likes of Amazon, which is quickly growing its ads unit. 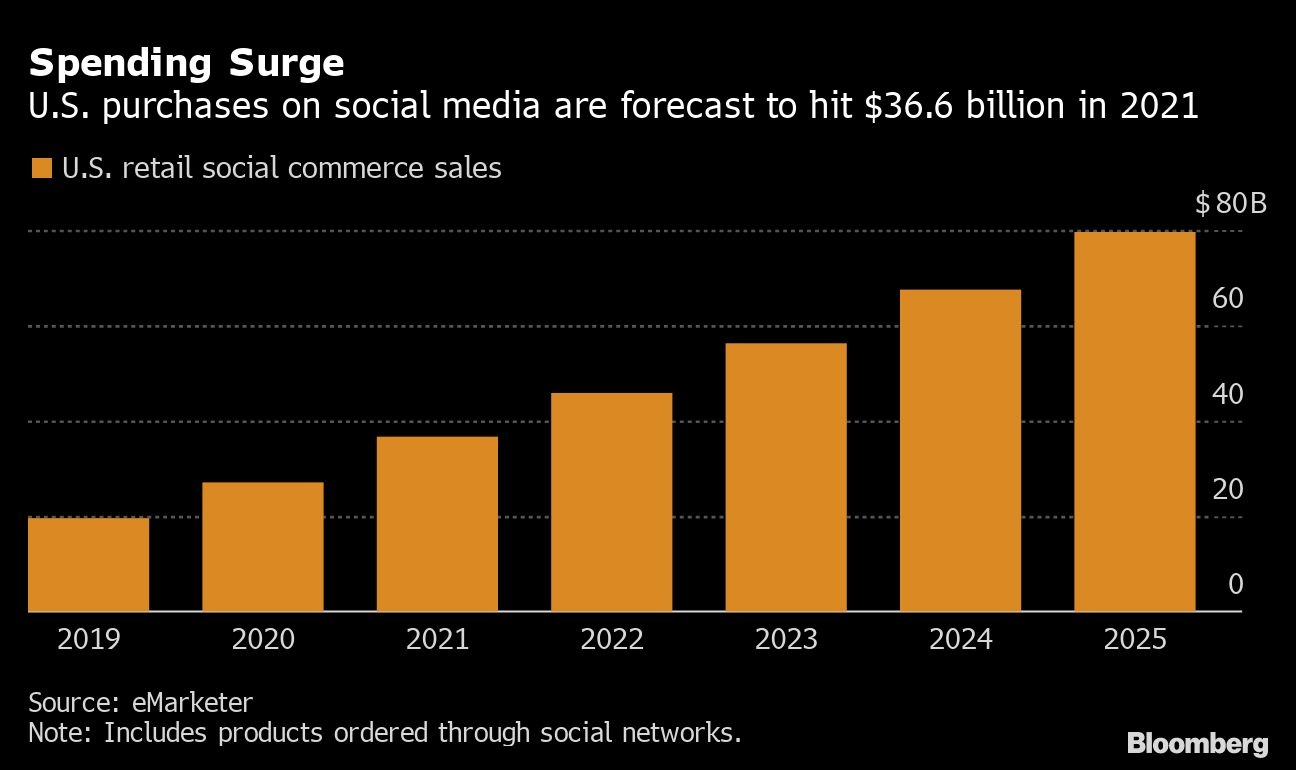 Last year, YouTube began asking creators to track the items they featured in footage in an initial step to build buying features directly inside videos, as Bloomberg News first reported. This summer, YouTube hired Katz, an e-commerce veteran, and Bridget Dolan, an executive with beauty chain Sephora, to lead a new division focused on shopping.

While Americans are used to buying items showcased on cable networks like QVC and the Home Shopping Network, efforts to crack commerce in online video have mostly floundered.

That’s not the case in China, where the fusion of social media and e-commerce has created a colossal industry. Research firm EMarketer estimates that Chinese social commerce will hit US$352 billion this year, almost 10 times larger than the market in the U.S. With its holiday event, YouTube is looking to replicate the lucrative bonanzas in China; last month, Li Jiaqi, a top Chinese livestreamer, sold US$1.9 billion of goods on the first day of Alibaba’s annual festival.

However, YouTube has something its U.S. social media competitors don’t: Google’s online retail operation. The search company recently partnered with Shopify, Square and others to create a sort of anti-Amazon alliance in e-commerce. YouTube will rely on Google’s commerce system to connect with merchants and delivery systems. Katz declined to share the commission rate YouTube would take of sales.

YouTube is also banking on the influence of its stars. Many of them have built successful businesses selling merchandise on their YouTube channels through weblinks.

More than 4 million people subscribe to Patrick Starrr’s YouTube channel, where he posts beauty tutorials and has been able to make money by inserting links in the video description to product pages on other websites. People were so interested in Starrr’s opinion that he created his own beauty line, One/Size. Most people go to physical stores to buy products from Starrr’s videos. But the share of people who buy products online has been climbing.

“It was jumping through hoops for consumers to go to a separate website,” Starrr said. Now Starrr will be able to embed shopping links in his video, and plans to test out the live shopping feature this month during the red carpet premiere of “House of Gucci,” Ridley Scott’s new movie about the fashion moguls.

For the holiday livestream event, YouTube has signed up Starrr and other creators with huge audiences, including Gordon Ramsay, MrBeast and the Merrill Twins, who will kick off the week selling items from Verizon, Samsung and Walmart. These stars are a key part of YouTube’s pitch to brands that selling through the video site is better than turning to Amazon.

“We have these creators who are so knowledgeable and passionate, but they’re also interpersonal and real,” said Dolan, the managing director for YouTube shopping. “All of that is missing on some larger platforms out there.”

Initially, YouTube will limit its shopping service to tech and beauty items. Katz said the operation will begin only with physical goods, but may expand to digital items, and he didn’t rule out selling cryptocurrency eventually.

Despite this big commercial push, YouTube has been trying to curb consumerism on another big part of its site: kid’s content. Last month, YouTube said it would begin to remove ads from kid’s channels that are “heavily commercial.” YouTube was fined by the government in 2019 for violating children’s privacy with its targeted ads, and some big kid’s stars have faced scrutiny for overt commercialism. YouTube’s Dolan said that any “kid-centric” videos are not in the company’s immediate road map for its shopping features.

Other than that, Katz said there wasn’t a category he would rule out. “I can’t think of one off the top of my head,” he said.