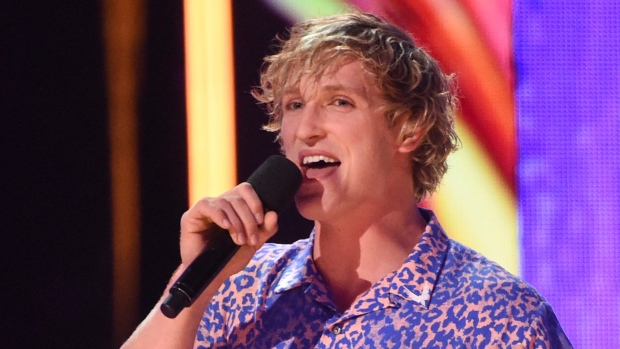 In this Aug. 13, 2017, file photo, Logan Paul introduces a performance by Kyle & Lil Yachty and Rita Ora at the Teen Choice Awards at the Galen Center in Los Angeles. , The Canadian Press

TOKYO -- Logan Paul has issued a more extensive apology for posting a YouTube video showing what appeared to be a body in a Japanese forest known as a suicide destination.

The initial video he posted Sunday showed the prolific social media user trekking with friends in the Aokigahara forest near Mount Fuji. He seems aware the forest is sometimes chosen for suicides but is surprised to see what appears to be a body hanging from a tree.

Media reports say the video was viewed some 6 million times before being removed from Paul's YouTube channel, a verified account with more than 15 million subscribers. Segments of the video were still appearing online Wednesday.

A storm of criticism followed, with commenters saying Paul seemed joking and disrespectful in the video and that his initial apology was inadequate.

"I don't expect to be forgiven. I'm simply here to apologize," he said on the more sombre video apology uploaded on YouTube and Twitter late Tuesday. "None of us knew how to react or how to feel."

YouTube said it prohibits violent content posted in a sensational or disrespectful manner. Its statement says, "Our hearts go out to the family of the person featured in the video."

In Paul's initial apology, he said he had wanted to raise awareness about suicide and possibly save lives, and he denied his goal was to drive clicks to his social media content.

"I thought I could make a positive ripple on the internet, not cause a monsoon of negativity," he said in his Twitter post.

Paul should instead "show through action," volunteering his time and money to suicide prevention groups, Schiffer said in a telephone interview Wednesday.

"From a branding perspective, he is going to pay a big price," he said.

"This is going down as a big giant mistake and shake the soul of many digital influencers like him that will have to think very carefully as to what they put out to the public before they go ahead and push upload."

Masaki Ito, spokesman for the Yamanashi prefectural police, said people aren't obligated to report a body, but police were interested in talking to Paul as a suicide may be involved. But local police overseeing the forest area in Paul's video declined comment Wednesday. Japanese police generally do not comment on suicides.

Japan has a per capita suicide rate among the highest in the world, with more than 21,000 occurring a year, according to government data. Many blame the high rate on the value Japanese place on conformity. Suicide also does not have the religious stigma here it does in other cultures and has been portrayed sometimes as an honourable way to take responsibility.

The Mount Fuji forest has been known for suicides because its seclusion means people know they won't be found for a long time.

In another video uploaded there Monday, Paul mentions the encounter with the body, saying, "That was weird." The rest of that video shows him romping through a Tokyo park, talking about his apparel brand, visiting gadget stores and running around wearing a Pokemon outfit.