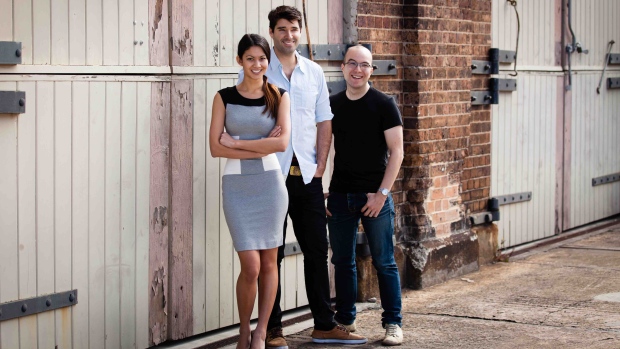 That makes the company, co-founded by 32-year-old Chief Executive Officer Melanie Perkins, one of the most valuable female-led technology startups in the world. The investment comes five months after Meeker, a popular figure in Silicon Valley for her annual internet trends report, picked Canva as the first investment by her new VC firm Bond Capital. That financing had more than doubled Canva’s valuation to US$2.5 billion at the time, and now Bond is coming in for more and leading the latest funding round.

General Catalyst, Bessemer Venture Partners, Blackbird and Sequoia China also participated in the new funding. The capital will be used to drive major changes, said Perkins in a phone interview: doubling Canva’s headcount to 1,400 over the coming year and introducing a new Canva for Enterprise.

Canva’s website and apps help people and companies create banners, logos, social media graphics and presentations. Since its inception in 2013 with a mission to make it easier for anyone to design, the Sydney-based startup has expanded with offices in Manila and Beijing.

“We’ve been working very closely with Mary Meeker and her team at Bond since the last round,” Perkins said. “We saw there is a huge opportunity to help enterprises truly transform the modern workplace and become more efficient.”

The company’s focus for the near future will be expanding services for businesses and building presentation products, she said. Canva’s pitch is that non-designer employees in different time zones will be able to easily collaborate and produce brand-consistent marketing and presentation materials any time. About 85 per cent of Fortune 500 companies already use the service, lending credibility to Canva’s claims.

The company’s business model, built around content, community and commerce, is a trait Bond Capital sees in some of the world’s fastest-growing companies, said Mood Rowghani, general partner at Bond.

“Canva is launching a special version for enterprise customers, which will enable businesses to maintain brand consistency at scale,” Rowghani said. “We believe that Canva’s platform can fundamentally change the way we work.”

Perkins saw the need for something like Canva while studying at the University of Western Australia and tutoring other students on how to use traditional design software. Those tools were too costly and hard to learn and use, she thought.

“I imagined the future of design would be entirely different,” she said. “It would be online, collaborative and very simple.”

At the age of 19, Perkins and Cliff Obrecht became business partners and launched their first design platform, Fusion Books. Then in 2013, Cameron Adams joined the duo and the three co-founded Canva.

Today, Canva is used in 190 countries and the company has more than 20 million monthly active users.