Fertilizer producers are next in line to benefit from rising crop prices, with farmers poised to plant more acres in 2021.

For the world’s handful of companies that produce potash -- a potassium-rich fertilizer mined underground from evaporated sea beds -- it is the light at the end of the tunnel following several volatile years. Bloomberg’s Green Markets pegs global potash demand at a record in 2021, while Morningstar Inc. says it will likely set a new “high watermark.”

Farmers’ incomes in the U.S. and Canada are up from a year earlier, boosted by crop prices that surged to multi-year highs on the back of strong demand from China and by pandemic-related government stimulus. As farmers invest their profits back into their farms and expand their plantings, they’ll need more fertilizer.

“That was a false start with the pandemic and all the talk of a terrible year, but now we see a huge rally in food prices ll the vital signs,” Pedro Farah, chief finance officer of Canada’s Nutrien Ltd., said during a presentation last week. 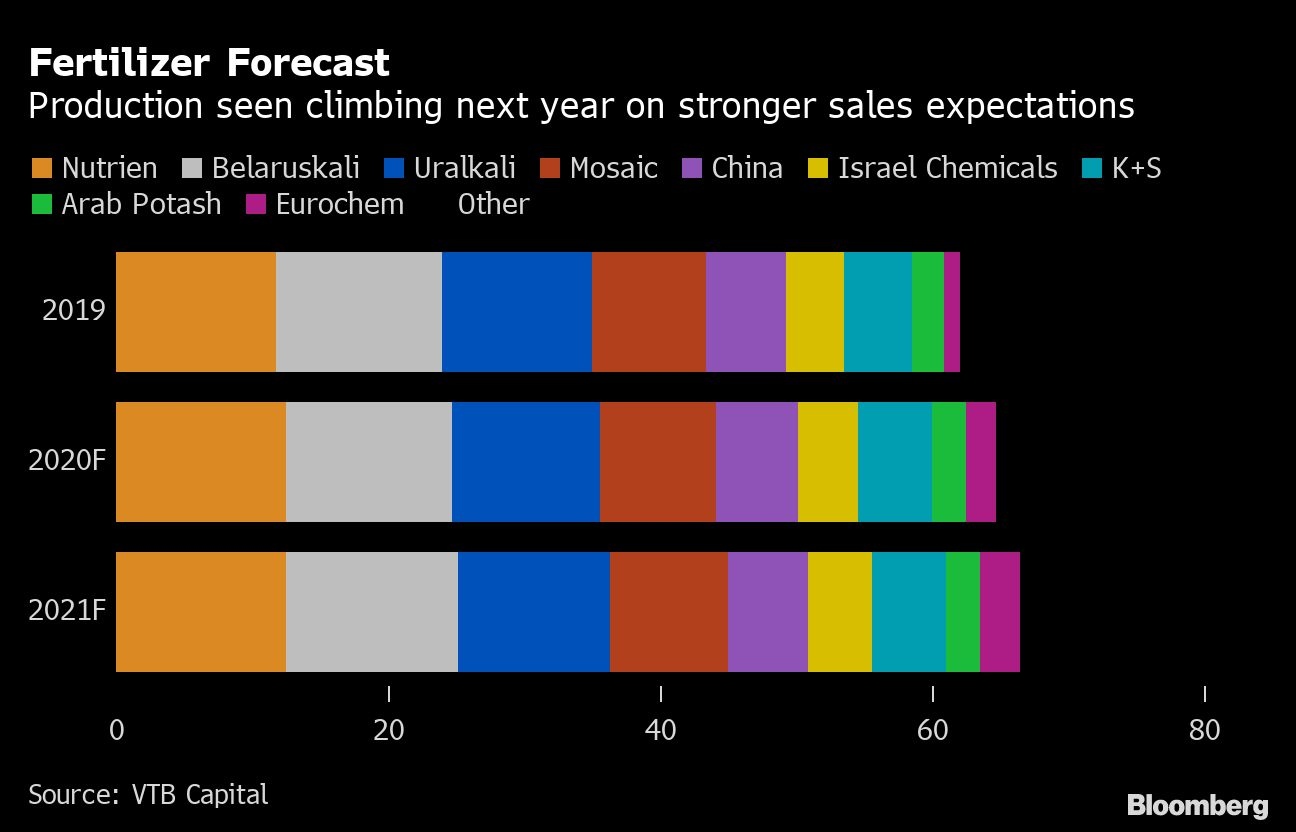 Unlike other fertilizers such as nitrogen, which commercial farmers typically apply annually, potash can be used less when finances are lean. It helps plants strengthen, use water efficiently, fight disease and deter insects.

Nutrien, the world’s biggest potash producer last year according to data compiled by Bloomberg, expects 2020 to be its best year “ever” for sales of the product, Chuck Magro, the company’s chief executive officer, told investors last month. The company forecast global potash demand was 65 million to 67 million metric tons for the year, roughly in line with an estimate from Russia’s Uralkali PJSC, a top-three global producer, and expects most major suppliers are sold out for the rest of 2020.

Nutrien stopped booking potash sales this week through the end of March and started taking orders at higher prices for delivery starting in April, reflecting tight supplies, according to Bloomberg’s Green Markets. 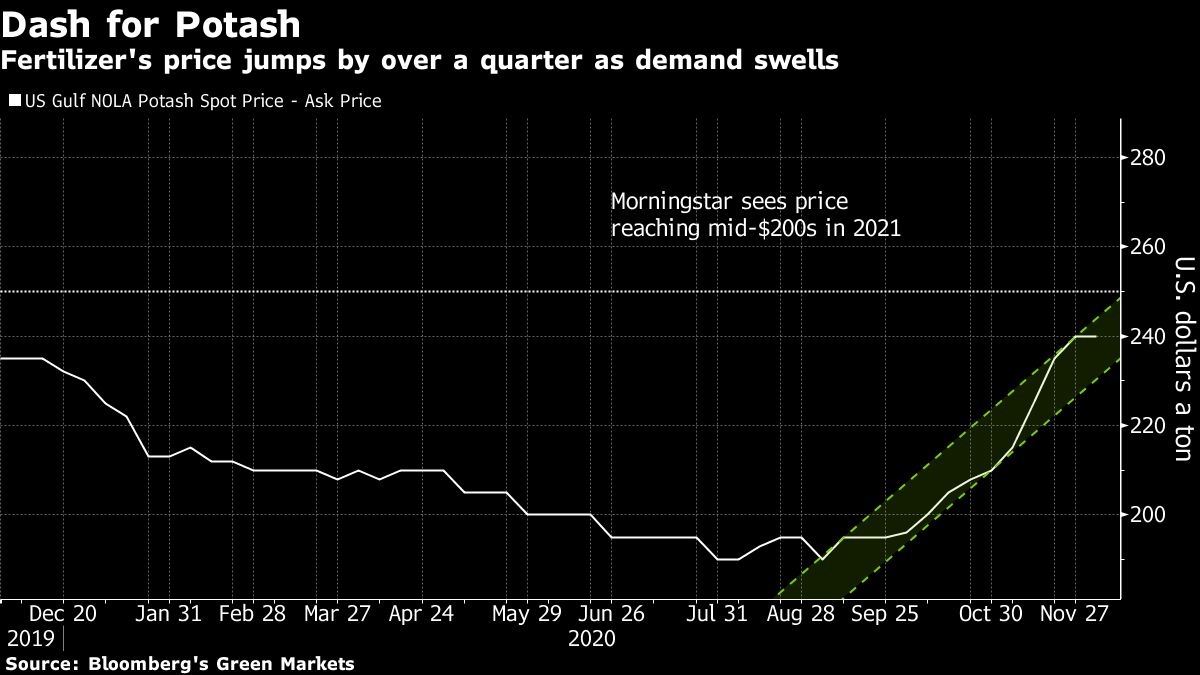 The improved income could mean more spending next year, pushing potash prices to the mid-$200s a ton from about $230 currently, said Seth Goldstein, a senior equity analyst at Morningstar. Prices may continue higher to $280 by 2023 or the following year, he said.

For now, all eyes are on China, where the bellwether contract with Canpotex -- a joint venture of Nutrien and Mosaic Co. -- is expected to be settled in the first quarter. That would be earlier than usual and at a higher price than this year’s, an indication of stronger demand for the world’s top potash consumer. Nutrien’s head of potash told investors in November that the company expects a “substantial increase” in the Canpotex contract with China.

“Canpotex realizes that there’s soaring global demand for potash, and they’re selling to other markets where they have a firmer price,” Goldstein said. “What Nutrien and Mosaic are saying is, once China starts needing the Canpotex potash they will likely find a deal earlier than usual to make sure they have that security of volumes.”