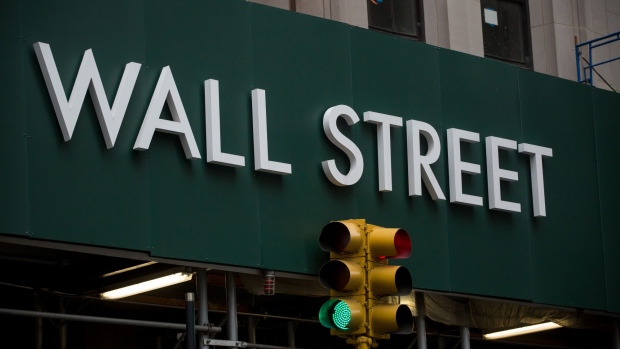 A Wall Street sign is displayed on scaffolding near the New York Stock Exchange (NYSE) in New York, U.S., on Tuesday, Dec. 31, 2019. U.S. stocks fell in thin end-of-year trading, as rising tensions in the Middle East drove some profit taking after one of the strongest years for equities in the past decade. Photographer: Michael Nagle/Bloomberg , Bloomberg

Investors can’t seem to make up their minds on whether U.S. stocks are headed for new highs — or poised for a correction.

Traders poured almost US$5 billion into the Vanguard S&P 500 ETF on Friday, the biggest one-day inflow for the US$138-billion fund since its inception in 2010, data compiled by Bloomberg show. But just three days after that vote of confidence, more than US$3.7 billion exited the US$307 billion SPDR S&P 500 ETF Trust, which follows the same broad index of large American companies. 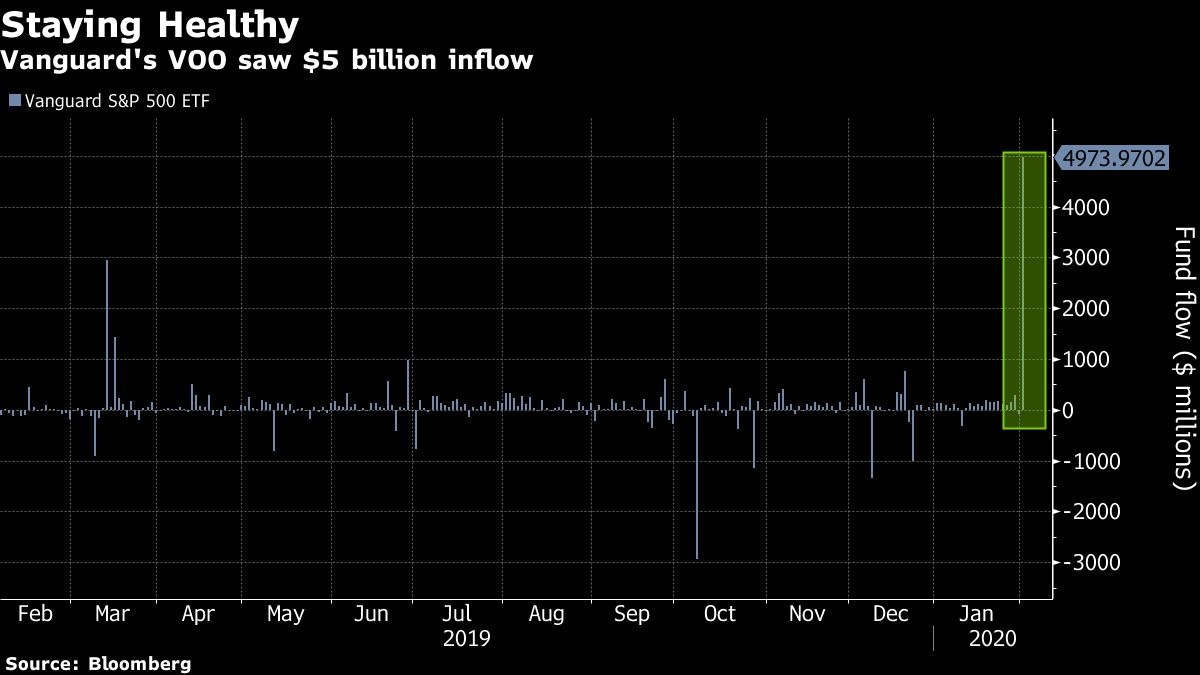 A flight to safety that saw exchange-traded funds of short-term bonds and utilities add cash as coronavirus dominated headlines has given way to a vigorous rally. Stocks jumped Tuesday, augmenting the best two-day surge for the S&P 500 Index since October, while 10-year Treasury yields climbed the most in almost two months. That has investors struggling to decide whether they want to sit on the sidelines or go all-in.

“The best days occur near the worst days,” said Michael Antonelli, market strategist at Robert W. Baird & Co. “Macro shocks such as a pandemic can have a dramatic impact on the market but, if we used history as a guide, the impact is usually limited to the early stages.”