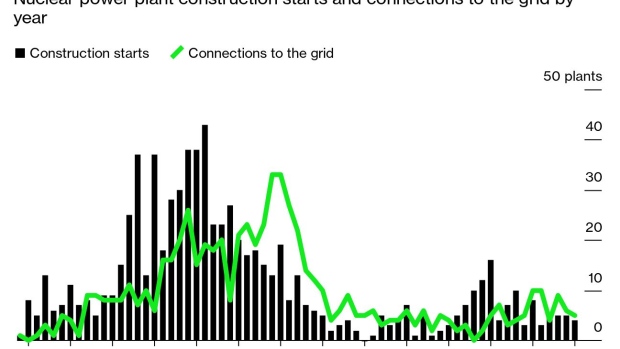 A container ship docked beyond storage tanks at a liquefied natural gas (LNG) terminal at the Port of Rotterdam in Rotterdam, Netherlands, on Tuesday, March 8, 2022. Europe's biggest port is where the sharp end of sanctions against Russia looks likely to hurt the Netherlands, even if the nation's economic statistics might suggest otherwise. , Bloomberg

Russia’s invasion of Ukraine has changed Europe’s landscape when it comes to energy security, trade, and deep decarbonization. When I first wrote about this two weeks ago, I called it “The shock of the old, and the promise of the new.” Another way to consider the change is as an open window — specifically the Overton Window, a model for understanding the range of ideas the public is willing to consider and accept. That window is capable of shifting, sometimes dramatically, allowing acceptance of ideas that might have previously seemed outlandish.

In a matter of weeks, Germany has come to consider how it could massively reduce its reliance on Russian natural gas, which is 45% of the bloc’s imports and 40% of its total supply. The International Energy Agency, chartered during the first oil crisis in the 1970s to help ensure member countries’ energy security, has published a brief 10-point plan showing how it might be done, now that it is within the realm of possibility. In the short term, decarbonization is about capabilities: eschewing new Russian contracts, seeking globally-traded alternative supplies, in particular liquefied natural gas (LNG), switching from gas to coal consumption for power, and maxing out the bloc’s nuclear and bioenergy sources. Longer term, it’s about possibilities. This is where Europe’s open window is both more challenging, and more instructive for other countries and regions.

Europe can only import as much LNG as its current capacity allows. In fact, the U.S., the world’s biggest supplier of spot market LNG, is already shipping almost 60% of its cargo to Europe. Going beyond that necessarily means not just building more import capacity, it also means a material shift for the global market. Europe importing as much as it can will mean a 3% shortfall from previous baseline global supply forecasts, according to BloombergNEF research. The market will need at least three years, if not more, to ramp up the supply needed.

Europe also can build more renewables, but doing enough to meet its 2030 targets will mean nearly tripling the installed wind and solar capacity. The key to doing this:  simplifying the EU27’s planning and permission processes by moving expectations on new, large-scale projects from ‘maybe’ or ‘no’ to ‘yes, please.’

It is worth considering a few places and a few ways in which this is possible. One is the notion of gas as a “bridge” to a much lower-carbon global economy. Germany’s own State Secretary in the Federal Ministry for Economic Affairs and Climate said that Putin’s war in Ukraine has “broken the narrative of natural gas as a bridging technology.” Anything that happens now to ensure short- and medium-term supply will redirect a trajectory towards more green hydrogen.

Another is that creating a dramatically lower-carbon and much less global-traded hydrocarbon-intensive economy will mean a great deal of investment. BloombergNEF puts that required investment at $92 to $173 trillion over three decades.

The Overton window should be wide open to building things. Efficiency is both a marvelous implement, and at the same time insufficient for an expanding energy-intensive global economy. That means policymakers, the public, and capital markets will need to be open to doing much more.

Finally, this open window should let in a lot of new and old. We should not only consider the hottest things in climate tech today, but expansions of projects that work. That is wind and solar, but it can also include nuclear power. There are many ways to change the story these charts tell, using technology, finance, planning and permission, public perception, and policy.