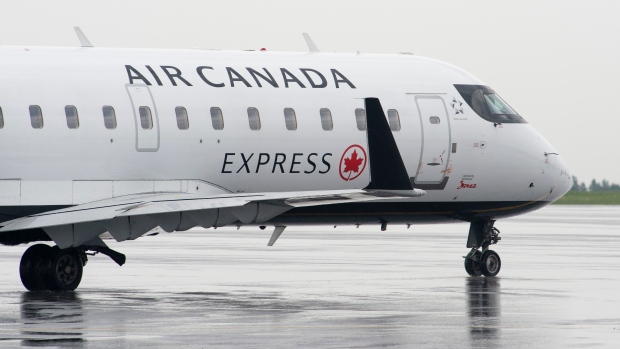 An Air Canada Express regional jet taxis's to a runway prior to takeoff on June 26, 2019 in Ottawa. T , THE CANADIAN PRESS/Adrian Wyld

OTTAWA -- The Federal Court of Appeal has dismissed a legal challenge by former Air Canada (AC.TO) pilots who claimed that the company was wrong to force some to retire at age 60.

The dismissal of an appeal by 18 ex-pilots stems back to a Canadian Human Rights Tribunal ruling that the airline had the right to compel some pilots to retire at an age it deemed to be the industry standard.

The issue of retirement age for Air Canada pilots has come up both at the tribunal and in federal court numerous times in the past decade in an industry plagued by pilot shortages.

Friday's decision marked the third case to fail on appeal following rulings at the tribunal and federal court levels.

Pilots let go in 2011 and 2012, who brought forward the latest legal challenge, argued unsuccessfully that Air Canada discriminated against them by entering into a collective agreement that imposed mandatory retirement.