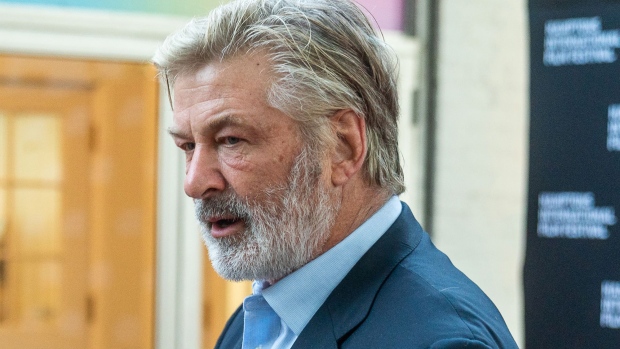 (Bloomberg) -- Alec Baldwin settled litigation over the accidental shooting death of a cinematographer on the set of the movie Rust, agreeing to give her husband a producer’s role on the picture as part of the agreement.

The settlement, which is subject to court approval, would end the wrongful death lawsuit filed by the family of Halyna Hutchins in February over the shooting. Production is set to resume in January, with the original cast members, according to a statement provided to Deadline.

“We are pleased to announce today the settlement of the civil case filed on behalf of the family,” Baldwin said on Instagram Wednesday. “Throughout this difficult process, everyone has maintained the specific desire to do what is best for Halyna’s son. We are grateful to everyone who contributed to the resolution of this tragic and painful situation.”

Under the settlement with Rust Movie Productions LLC, Matthew Hutchins will join Baldwin as co-producer of the film.

Halyna Hutchins was shot with a prop gun at the film’s set in New Mexico. Authorities there have suggested they may file criminal charges as a result of their investigation into the incident.