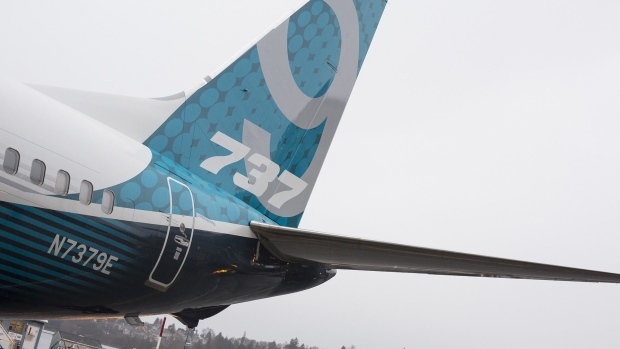 While flight shaming and the coronavirus pandemic have spurred airlines to hasten the retirement of their oldest, fuel-guzzling aircraft, not all those planes end up in boneyards in the desert. Many find a second life in the fleets of Amazon.com Inc. and other cargo carriers.

Amazon has been among the biggest lessors of converted Boeing Co. 767s in the last five years as demand for online shopping has soared—more so since Covid-19 struck. A limited choice of converted planes and efforts to cap costs have left the online retailer with some of the freight sector’s oldest aircraft, many of them older than the company itself.

In June, Amazon said it was expanding its 70-strong fleet by leasing 12 converted Boeing 767-300 passenger jets, including a 29-year-old model it took delivery of in May. For haulers like Amazon Air, FedEx Corp. and United Parcel Service Inc., increased demand means more of these aging planes in the air and, hence, higher emissions, making it harder to shrink their carbon footprint and meet climate pledges.

“There’s certainly a trade-off between the environment and economics when it comes to freighters,” said Andreas Schafer, a professor of energy and transport at the UCL Energy Institute in London and an authority on aircraft carbon dioxide emissions. “While there’s a sound economic case for using older aircraft for freight, it may not be a great case for the environment.”

Amazon, which has pledged to make 50 per cent of its shipments net zero carbon by 2030, operated 38 per cent more flights in the U.S. in the first half of 2020, compared with the same period last year, according to Luxembourg-based Cargo Facts Consulting. Emissions from its jets rose 35 per cent in 2019 as it shipped 1.9 billion pounds of cargo on 40,163 flights, the consulting firm estimates. Amazon declined to comment on the numbers, saying that for the company as a whole, carbon emissions rose 15 per cent last year.

The commercial aviation industry’s piece of CO2 emissions from fossil fuels — predominantly from passenger airlines — jumped 32 per cent in the five years to 2018 to 918 million metric tons, according to the International Council on Clean Transportation in Washington, D.C. It accounted for 2.4 per cent of such outflows. Under a business-as-usual scenario, the industry could account for as much as 27 per cent of the global carbon budget by 2050, according to a 2016 CarbonBrief report.

Emissions data on the impact of air cargo carriers on the environment is patchy. But airlines say their newer generation jets are 20 per cent more fuel efficient than the models they’re phasing out, some of which end up in the fleets of haulers.

Still, the economic case for buying older aircraft remains compelling. A 20-year-old 737-800 converted freighter costs betweenUS21 million and US$23 million, according to London-based consultant IBA Group. That compares with over US$100 million for a new Boeing 737-800 at the 2019 list price. A 16-year-old wide-body 767 is about a third of the price of a brand new one, though that factor narrows after discounts.

“It really is about the economics,” said Richard Aboulafia, an aerospace analyst at Teal Group. “The utilization of cargo planes is much lower than passenger jets, so the ratios of capital costs to fuel costs are very different for freight. I can’t see anyone buying a new plane when feedstock is getting cheaper.” Freighters fly significantly fewer hours a day relative to commercial airlines.

Aircraft converters like Israel Aerospace Industries Ltd. say they’ve seen a spike in inquiries for conversions after the pandemic grounded a large chunk of cargo that traveled in the belly of passenger jets. Yet none are for newer-generation jets.

The average age of Lufthansa AG’s cargo fleet is about 11 years. UPS averages about 20 years and FedEx about 23 years. In comparison, Amazon currently operates 68 jets in the U.S. with an average age of just over 26 years, according to IBA. That’s about as long as the company’s been around. Its oldest plane is 37 years old.

“The pressure passenger airlines are experiencing with respect to their environmental impact will carry over to the cargo airlines at some point,” says Brandon Graver, a researcher at the ICCT’s aviation program.

But that may be some ways away. Newer-generation aircraft are not yet being converted for freight. Aircraft tend to be switched over after about two rotations of passenger service, or about 18-20 years, according to Rafi Matalon, EVP Marketing of IAI’s Aviation Group.

Even as airlines scale back fleets to prepare for a much slower return to pre-pandemic demand levels, only the oldest jets with some life left in them will be converted since the process is irreversible, he said.

“I don’t see a 787 being converted for the next 10 years at least,” Matalon said, referring to the Boeing 787 Dreamliner, which the planemaker claims uses 20 per cent-25 per cent less fuel than previous generation jets.

In a forecast released before the pandemic upended global aviation, Boeing estimated that air-cargo traffic will more than double by 2037, with the global freighter fleet growing over 70 per cent to 3,260 planes. More than 63 per cent of that demand will be met by older, converted aircraft, according to Boeing.

Haulers are seeking ways to be green. Lufthansa’s cargo unit plans to dump old aircraft like the three-engine MD-11 for brand new Boeing 777s. FedEx is phasing out 40-year-old MD-10 jets and replacing them with brand new Boeing 777s and also 767s that it says are 30 per cent more fuel efficient.

At UPS, even as soaring next-day delivery demand keeps older jets—some over 30 years old—flying, the company’s adding 50 new Boeing 747-8 and 767 jets by 2022. It says its new 747s are 16 per cent more fuel efficient than older iterations of the plane, and offer more cargo capacity.

Amazon, whose Chief Executive Officer Jeff Bezos this year unveiled a US$10 billion climate initiative called the Bezos Earth Fund, has pledged to be carbon-neutral by 2040. Although the company has unveiled several green initiatives, it currently has no new aircraft in its fleet and none on order. Amazon points out that its recycled 767s are powered by the same engines as new 767s.

Earlier this year, Amazon said it had secured up to 6 million gallons of sustainable aviation fuel that could reduce emissions by up to 20 per cent. Still, based on Amazon Air’s estimated fuel consumption last year of 176 million gallons, the new fuel may shrink the hauler’s carbon footprint by only 0.7 per cent, Cargo Facts calculates.

So while the relentless rise in e-commerce boosted Amazon’ shares to a record high on Sept. 2, it also puts pressure on the company to work out how its expanding air fleet and higher volumes fit into its green goals.

“Air cargo is an important part of Amazon operations, but also a highly carbon-intensive part of the global supply chain,” the company said in a blog post in July. Finding ways to cap emissions at Amazon Air “is one of the most important, yet challenging, elements of our work to meet” climate pledges, it said.

Many freight companies have signed up to offset carbon. This is ahead of a larger global aviation sector plan, called Corsia, that seeks to stabilize carbon footprints with emissions compensated by projects like tree planting or supporting the substitution of solar cookers for coal-fired stoves.

Cargo carriers “need to make the economic decision of whether it’s cheaper to invest in a new fuel-efficient fleet or purchase the carbon offsets,” ICCT’s Graver said.

For Amazon, which has already committed to spending more on emissions-free ground delivery vehicles, the decision might be easier than most.

“The obvious thing that Amazon could do is buy newer, less-emitting aircraft,” Schafer said. “It doesn’t seem to have the sort of capital constraints the rest of the industry has, and could easily buy brand new dedicated freighters to show that it’s serious about the environment.”