Online stores take a big bite out of department store sales in U.S.

But, just how concentrated are the gains? The dominance of online merchants is becoming increasingly clear. In the past year, Americans' boosted spending to "nonstore retailers" while clothing, food and beverage and building-material stores felt the brunt of consumers' changing habits.

Spending at nonstore retailers, mostly internet merchants, increased by US$6.4 billion from a year earlier to US$62.04 billion on an annualized basis. The nonstore retailer category is now a larger spending category than restaurant and bars.

Given the pace of growth, nonstore spending will likely pass food and beverage — mainly grocery stores — spending soon and move to the second largest retail category behind vehicles and parts. 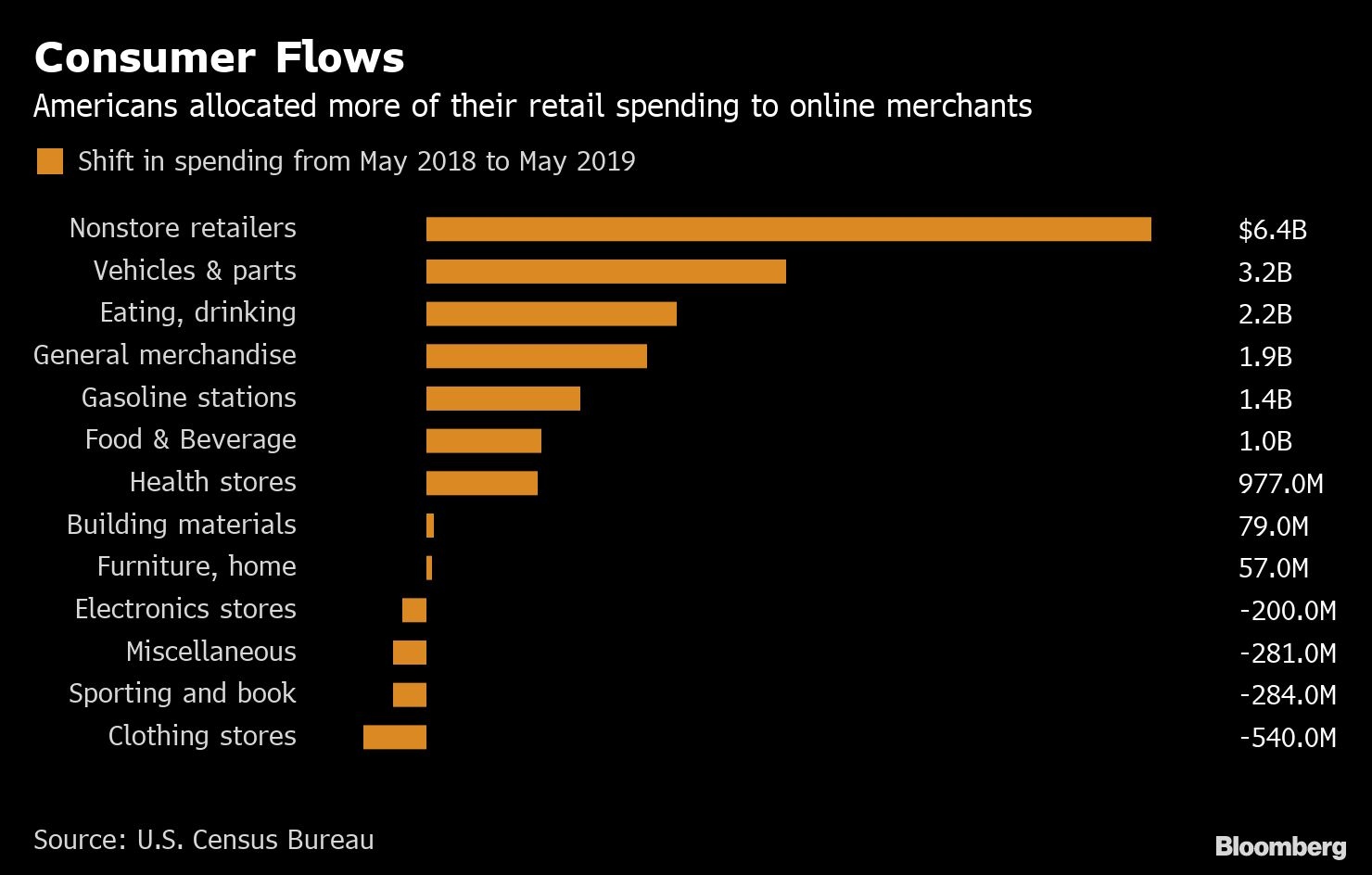