The race for the first bitcoin ETF in the U.S. is heating up, with another well-known name joining the bandwagon: Anthony Scaramucci.

The former White House Director of Communications and founder of SkyBridge Capital is teaming up with First Trust Advisors on an exchange-traded fund that plans to buy and sell the world’s largest digital currency, according to a regulatory filing. The goal is that the total value held by the First Trust SkyBridge Bitcoin ETF Trust is as close to 100 per cent of the net assets “as reasonably practicable to achieve,” it said. 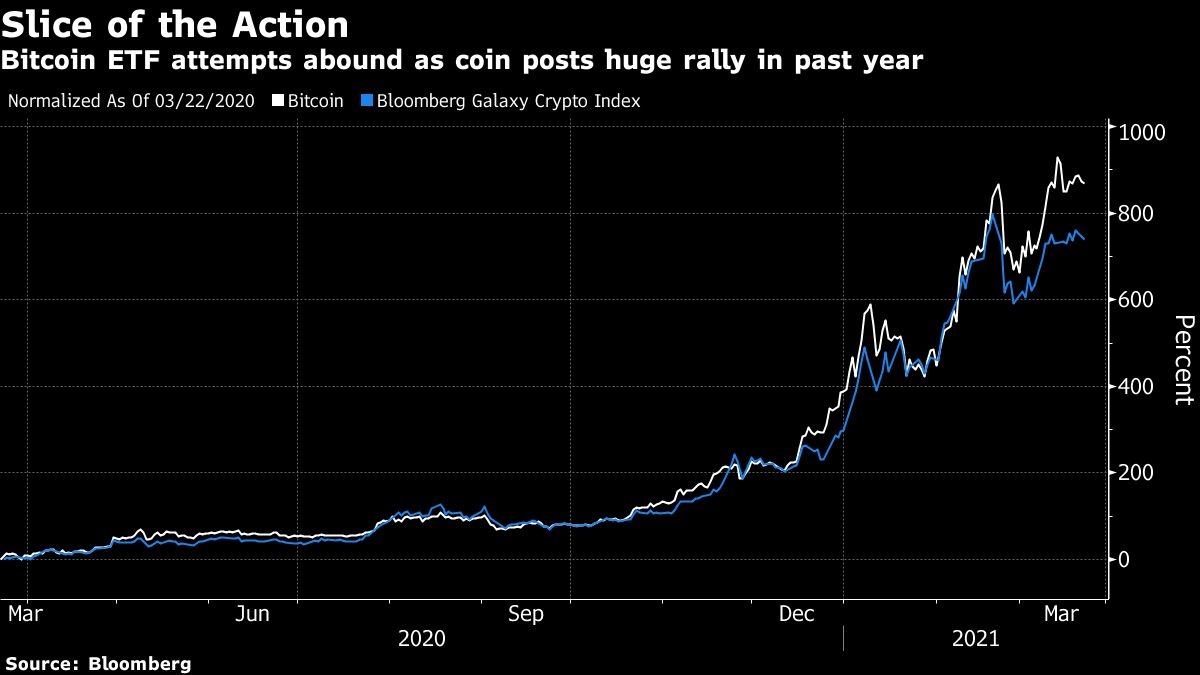 Issuers across the US$6 trillion U.S. ETF industry are racing to win approval for the first Bitcoin fund after the digital coin skyrocketed almost 10-fold in the past 12 months. At least four other firms currently have applications for a cryptocurrency ETF including WisdomTree Investments and VanEck Associates Corp.

Scaramucci’s SkyBridge also launched the SkyBridge Bitcoin Fund LP earlier this year, but that one only allows accredited investors to subscribe to it for a minimum investment of US$50,000.

While crypto-tracking products exist in Europe and the first bitcoin ETF started in February in Canada, U.S. regulators have repeatedly batted down attempts to introduce them, citing concerns about potential manipulation and thin liquidity.