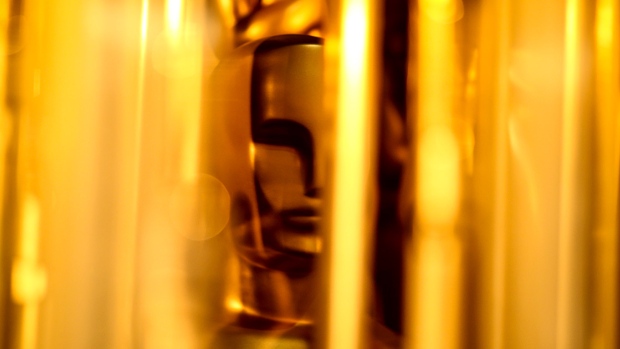 Apple Inc. (AAPL.O) is targeting prestigious awards for an upcoming slate of original movies and TV shows, demonstrating grand Hollywood ambitions for a video streaming service that will compete with Netflix Inc. (NFLX.O), Amazon.com Inc. (AMZN.O) and established studios, according to people familiar with the plans.

The Cupertino, California-based technology giant is hiring strategists to help craft campaigns for entertainment industry awards, including Hollywood’s highest prizes like the Oscars and Emmys, the people said. They asked not to be identified discussing private plans. An Apple spokesman declined to comment.

Apple is forming a team of people with awards strategy experience. In January, it hired one such person from Walt Disney Co.’s(DIS.N)  television group. The iPhone maker is also seeking a high-level candidate to oversee the process, one of the people familiar with the situation said. The company could be in the running for Emmy awards as early as 2020, according to people familiar with the process.

Since Apple started tiptoeing into video streaming in 2016, investors, consumers and entertainment industry insiders have wondered how serious the iPhone maker is about producing its own material. Recent announcements involving A-list artists and producers, along with the embrace of Hollywood award campaigns, indicate a commitment that rivals recent disruptors like Netflix.

Awards strategists arrange screenings and other publicity events for Hollywood insiders and others who vote on which movies and TV shows win awards. These promoters must work within strict guidelines while ensuring voters see the movies and even spend time with the actors and filmmakers. Winning top prizes can draw consumers to subscribe to streaming services. It also attracts higher-profile directors and actors who once considered online video operations second rate to Hollywood studios.

Netflix caused a stir last year when it hired strategist Lisa Taback, who worked on campaigns that led to best picture Oscars for flicks including “Moonlight” and "The King’s Speech." Netflix’s movie "Roma" took home three Oscars this year and scored a best picture nomination.

Apple is spending billions of dollars on projects that feature stars like Jennifer Aniston and Kevin Durant, and producers such as J.J. Abrams. It’s also building a slate of films from Oscar-winning studios A24 and Cartoon Saloon.

Apple will reveal its video streaming service on March 25. The company is racing to complete content deals with partners by this Friday, Bloomberg News reported this week. Apple will charge for some content, while other video will be free for Apple device users. The offering is part of a broader effort to generate more revenue from online services and diversify beyond iPhone sales.

Ireland-based Cartoon Saloon has had multiple films nominated for Oscars. Earlier this year, Apple acquired the film "Hala" at the Sundance Film Festival, a hotbed for awards winners. New York-based film producer and distributor A24 will make a movie with Sofia Coppola as its first feature for Apple.

It’s unclear whether Apple plans to cozy up to Hollywood completely. Netflix’s "Roma" played in select theaters for a few weeks before streaming in U.S. homes, making it eligible for awards. But that didn’t go far enough for critics like director Steven Spielberg, who reportedly wanted movies to run for at least one month in theaters.

Amazon has maintained a better relationship with Hollywood by following more traditional release schedules before streaming its movies on its Prime Video service. Amazon earned a best picture nomination and two Oscars for "Manchester by the Sea" in 2017.