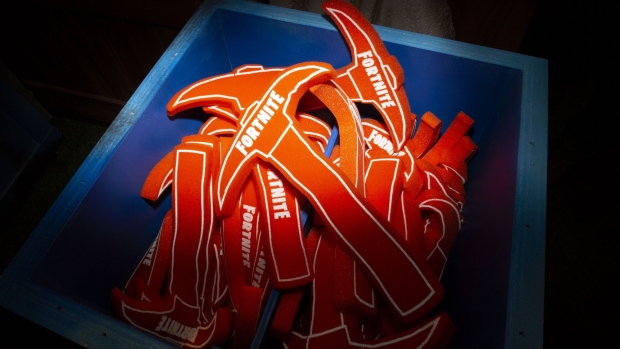 (Bloomberg) -- Apple Inc. and Epic Games Inc. told the judge overseeing their antitrust standoff that they don’t want the case tried before a jury and that they prefer the judge to decide it herself.

The game developer and the iPhone maker filed a joint statement Tuesday with U.S. District Judge Yvonne Gonzalez Rogers in Oakland, California, saying that Apple is withdrawing the demand for a jury trial it made when it filed its counterclaims.

The judge had suggested at a hearing Monday that a jury trial would be preferable because jury verdicts are less likely to get overturned on appeal and because it might be better to test the companies’ arguments, whether Apple operates an illegal monopoly in its app store, before ordinary people.

Epic, the maker of Fortnite, claims Apple violates antitrust law by forcing developers to provide mobile apps only through Apple’s app store and by preventing users from paying developers directly for in-game purchases.

Instead, gamers must use Apple’s payment system and Apple collects 30% of the purchase price. Apple has argued that there’s no illegal monopoly because Fortnite is available on many other platforms and its control over which apps get put on iPhones and iPads is needed to safeguard the devices’ security.

Apple barred Epic Games from the app store after the developer smuggled a “hotfix” into Fortnite to let users bypass the Apple payment function. The judge is weighing whether to force Apple to put Fortnite back in the app store, with Epic’s direct payment option, while the antitrust claims are fought out.

Behind the Apple Versus Fortnite App Store Battle: QuickTake