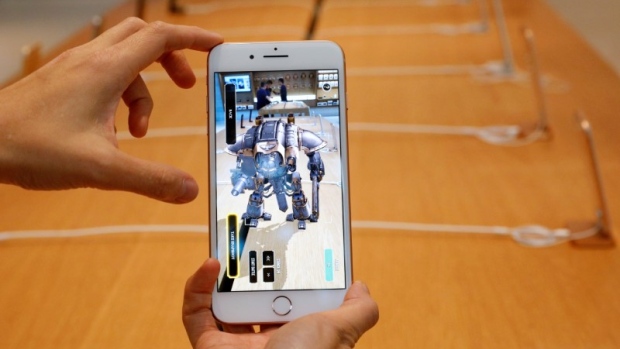 An Apple employee showcases the augmented reality on an iPhone 8 Plus at the Apple Orchard Shop in Singapore September 22, 2017 , Reuters/Edgar Su

Avi Bar-Zeev, a manager on Apple Inc.’s secret augmented-reality headset team, said on Monday that he left the company.

Bar-Zeev joined the company in 2016 as Apple ramped up its hiring to build an AR headset and served as a senior manager on the team, Bloomberg News reported last year. On his LinkedIn profile, which disclosed his departure, Bar-Zeev said he led "experience prototyping for a new effort" and "developed key prototypes to rapidly prove concepts."

The former Google, Amazon.com Inc. and Microsoft Corp. manager said on Twitter that he "had the best exit one can imagine" and "won’t comment on any specific product plans." Former Dolby executive Mike Rockwell runs Apple’s AR team as vice president of augmented and virtual reality.

Apple has been working on a headset that would handle some iPhone functions, including messaging, calling, watching video and maps navigation, Bloomberg News has reported. The company has hundreds of people working on the effort -- code named T288 -- and is seeking to launch the device as early as 2020. It will have its own new chip, App Store, and operating system dubbed rOS, people familiar with the effort have said.