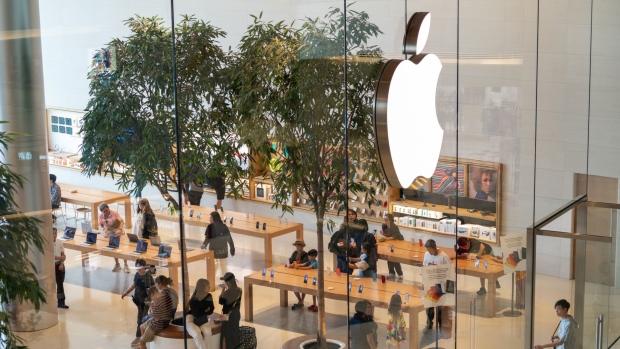 Semiconductor companies and Apple Inc. (AAPL:UN) turned lower in pre-market trading on Friday, following the latest escalation of tensions between the U.S. and China on trade.

China’s Ministry of Finance said the country plans to levy retaliatory tariffs on another US$75 billion of U.S. goods.

Apple fell 1.4 per cent before the bell in an abrupt move lower. The iPhone maker is heavily correlated to trade issues because China is both a major part of its supply chain and a notable market for its products. The company derived nearly 20 per cent of its 2018 revenue from China, according to data compiled by Bloomberg.

Chipmakers have been similarly volatile because of the trade war. The VanEck Vectors Semiconductor ETF, an exchange-traded fund that tracks the sector, fell 1.3 per cent before the bell on volume of about 4,000 shares. Among specific stocks, Qualcomm Inc. lost 1.4 per cent in pre-market trading while Nvidia Corp. (NVDA:UN) was off 1.6 per cent and Micron Technology (MU:UN) shed 1.7 per cent. 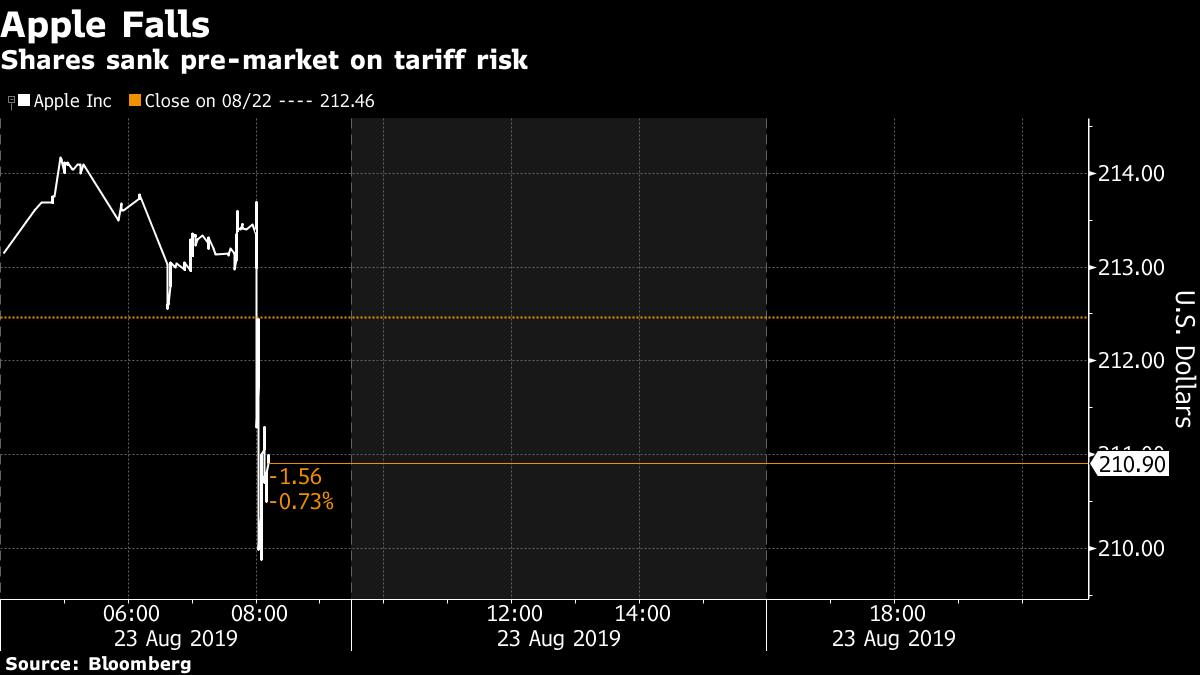