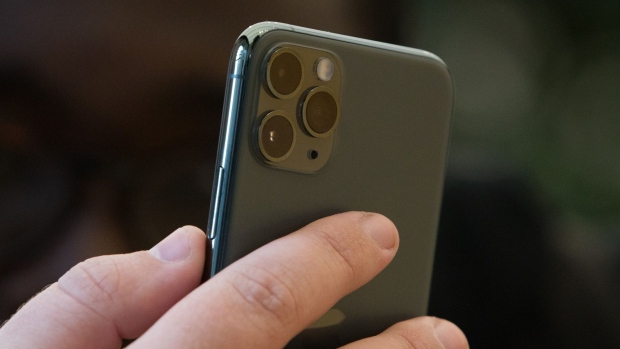 Apple Inc. is reviewing its mapping policies after the company was criticized for including Crimea as part of Russia in some versions of its Maps app.

“We are taking a deeper look at how we handle disputed borders in our services and may make changes in the future as a result,” Apple said in a statement on Friday.

Earlier this week, Ukrainian officials accused Apple of insensitivity for showing the Black Sea peninsula as part of Russia on Russian versions of the map software used on iPhones and iPads. They said the area is under Russian occupation and its sovereignty hasn’t changed. Russia annexed Crimea in 2014, prompting international sanctions.

Apple stressed that Crimea is only depicted that way in Russia because the company is complying with a local law. The Cupertino, California-based technology giant has previously cited specific country laws when defending controversial political positions.

The company recently removed the Taiwanese flag from the emoji keyboard on devices running in Hong Kong and Macau, after earlier pulling it from mainland China. It also came under fire for pulling a maps app in Hong Kong that the developer said was designed to help users avoid areas of protest. Apple said it was following local laws in both instances.

“We would like to clarify for our customers around the world that we have not made any changes to Apple Maps regarding Crimea outside of Russia, where a new law went into effect that required us to update the map within Russia. We review international law as well as relevant US and other domestic laws before making a determination in labelling on our Maps and make changes if required by law. We are taking a deeper look at how we handle disputed borders in our services and may make changes in the future as a result. Our intention is to make sure our customers can enjoy using Maps and other Apple services, everywhere in the world.”