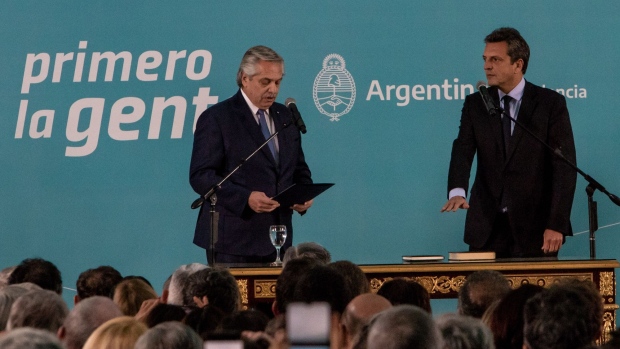 Pedestrians on Florida Street in Buenos Aires, Argentina, on Friday, Feb. 25, 2022. Argentina's economy capped a strong second half of growth as it emerged from a long recession last year ahead of an expected new deal in the coming weeks with the International Monetary Fund. Photographer: Sarah Pabst/Bloomberg , Bloomberg

The government will finance its budget by reducing its deficit or via private lending, Massa told reporters in Buenos Aires on Wednesday night. The country is considering four loan offers by three international banks and a sovereign wealth fund, he said, without providing a figure of the potential deal.