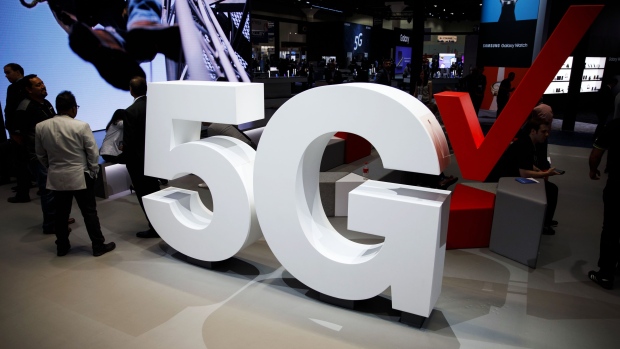 AT&T Inc. and Verizon Communications Inc. agreed to delay by two weeks a new 5G service that airlines said might interfere with aircraft electronics and pose a safety hazard.

The companies issued separate statements on Monday night, two days before their planned Jan. 5 launch, and one day after rebuffing a request for delay from U.S. transportation officials. The action came after a flurry of calls directed at the industry and the White House from aviation groups seeking a delay, and as airlines threatened legal action.

The U.S. Federal Aviation Administration had been planning to issue hundreds of notices with specific restrictions for airport runways, heliports and other flight routes, which it said could cause significant disruptions to the aviation system.

The issue involves a new band of faster 5G wireless service that is located near frequencies used by aircraft equipment to compute altitude. Aviation groups and the FAA fear it could compromise safety, especially in low visibility conditions. The wireless companies and the Federal Communications Commission, which approved the service, have said there isn’t a risk.

“It’s clear that this irresponsible rollout of 5G wasn’t ready for takeoff,” Joe DePete, president of the Air Line Pilots Association, said in a statement. “Now the real work begins.”

The agreements lift the prospect of litigation that would seek to force the FCC to halt the wireless providers’ airwaves use, according to an airline official who asked not to be identified.

Litigation could still go forward if the two-week pause doesn’t result in agreements on methods to protect planes at airports, the official added.

Shares of Verizon and AT&T rose less than 1 per cent before the start of regular trading Tuesday in New York, while stocks of the biggest U.S. airlines advanced about 1 per cent.

The wireless providers committed to not deploy towers near certain airports for six months if the aviation industry agrees not to escalate its campaign against the new service. The offer is modeled after exclusion zones at airports in France, where 5G service is working on similar frequencies and U.S. airliners have landed.

AT&T said it had agreed to the delay at the request of Transportation Secretary Pete Buttigieg. The company said it is also committed to the pause near airports.

“We know aviation safety and 5G can co-exist and we are confident further collaboration and technical assessment will allay any issues,” AT&T said in a statement.

Verizon spokesman Rich Young said the company had “agreed to a two-week delay which promises the certainty of bringing this nation our game-changing 5G network in January.” Earlier Monday, Young had rejected the idea of any delay.

Buttigieg and FAA Administrator Steve Dickson on Friday had asked for the brief delay so the government could have more time to assess risks, but they said they were doing so to help ensure a smooth rollout of the service. The companies initially said on Sunday they wouldn’t delay the service, but reversed course late on Monday.

“The FAA thanks AT&T and Verizon for agreeing to a voluntary delay and for their proposed mitigations,” the FAA said in a statement. “We look forward to using the additional time and space to reduce flight disruptions associated with this 5G deployment.”

The companies have agreed to additional actions that will be in place for six months around 50 airports identified as having the greatest impact to the U.S. aviation, according to the FAA.