AT&T Inc. rose the most since October after gains in wireless customers and HBO Max streaming subscribers drove profit that topped analysts’ estimates, easing concerns over mounting costs for new entertainment productions and the expansion of its 5G network.

The Dallas-based company said Thursday that it added 2.7 million more U.S. HBO and HBO Max subscribers in the first quarter, for a total of 44.2 million. AT&T reported about 64 million worldwide subscribers to the premium channel and the streaming platform and reiterated its goal of 67 million to 70 million by the end of 2021.

However, it’s harder to know how many customers are actually using HBO Max, as the company has stopped disclosing an updated activation figure for the service. About 17.2 million subscribers had activated their accounts at the end of the fourth quarter, with existing HBO customers slow to switch on Max despite getting it for the same monthly fee. 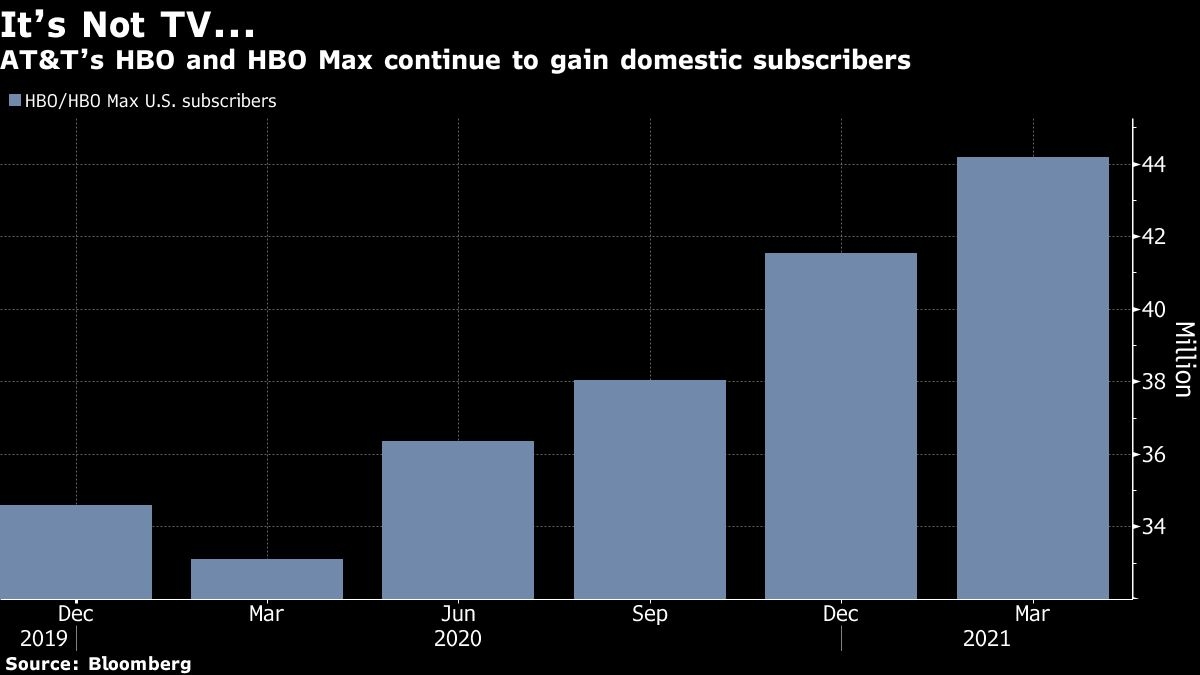 AT&T shares rose as much as 5.8 per cent to US$31.84 in New York trading. With Thursday’s advance, the stock is up more than 7 per cent over the past year, lagging behind a 46 per cent gain by T-Mobile US Inc. Verizon Communications Inc. is about flat over the same period.

“Results show AT&T is improving its competitive position for wireless subscriptions and has been able to meaningfully improve growth of its HBO Max platform,” Citi analyst Michael Rollins wrote in a note.

AT&T reported HBO Max average revenue per user of $11.72, the first time it has disclosed that metric. The planned lower-priced version of HBO Max, which will include advertising, will launch in June, Chief Executive Officer John Stankey said on a conference call Thursday. AT&T said last month that it expects HBO Max to reach 120 million to 150 million subscribers, and break even, by 2025.

The news wasn’t all rosy. AT&T has lost nearly 8 million TV customers in the past nine quarters, lending urgency to the company’s move to unload the DirecTV business into a joint venture with TPG. In anticipation of separating the TV unit, AT&T has removed the pay-TV results from the items under its communications division in an effort to reduce the drag from that declining business.

AT&T’s 5G network got the top ranking for connection speeds in a recent RootMetrics report. The company was second only to Verizon in bidding on new airwaves. The carriers are in a crucial race to build up the midband portion of their 5G networks in an effort to catch up to T-Mobile.