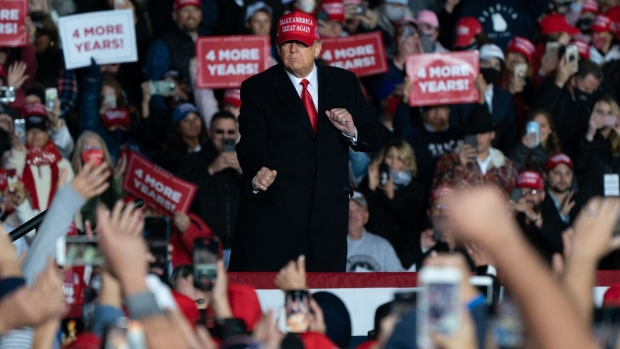 Fulton County District Attorney Fani Willis asked a state judge in a letter Thursday to approve a panel that would start meeting in May. Willis told Christopher Brasher, chief judge of Fulton County Superior Court, that a special-purpose grand jury was necessary because the investigation could go on longer than the term of a normal grand jury.

In addition, Willis wrote that “a significant number of witnesses and prospective witnesses have refused to cooperate with the investigation absent a subpoena requiring their testimony.” The Atlanta Journal-Constitution first reported Willis’s letter.

Willis launched the investigation almost a year ago, following revelations that Trump called Georgia Secretary of State Brad Raffensperger in an attempt to change the outcome of the election in that state. In the phone call, which Raffensperger recorded, Trump pressed the state election official to “find” him 11,780 votes, just enough to reverse the results in the Peachtree State.

Under Georgia law, it is a crime to willfully tamper with election results or solicit another person to do so.

Trump defended his phone call to Raffensperger in a statement on Thursday in which he repeated his false claim that he lost the 2020 election due to widespread fraud and cast the probe by Willis, a Democrat, as politically motivated.

“What this Civil Special Grand Jury should be looking into is not my perfect phone call, but the large scale voter fraud that took place in Georgia,” Trump said. “Then they would be doing a great job for the people. No more political witch hunts!”