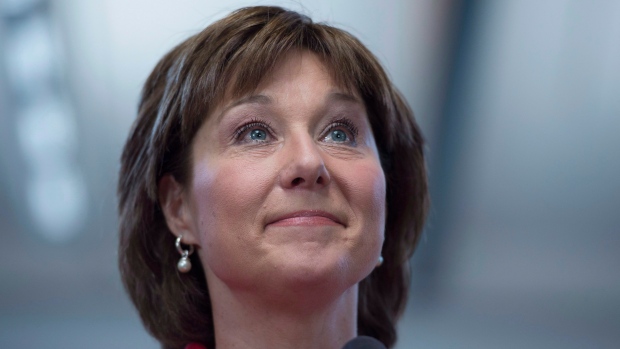 This marks Clark’s biggest quarterly spike in job performance approval since her re-election in 2013, according to the online survey of 4,629 Canadian adults from Sept. 5 to 11, 2016.

Since the levy came into effect on Aug. 2, Vancouver’s home sales have dropped, plunging 26 per cent last month compared to the same period last year. However, home prices have continued to rise. The benchmark price for a detached property in the city soared 35.8 per cent from August 2015.

Despite her jump in popularity, Clark’s disapproval-approval ratio is still nearly 2 to 1— 60 per cent of respondents said they disapproved of Clark’s job performance, while only 34 per cent said they approved of it.

Saskatchewan’s Brad Wall remains the highest-rated premier, with a job performance approval of 57 per cent. Despite Wall’s lead in popularity, his rating suffered a nine-point drop since the spring. The survey attributes the decline, in part, to speculation about the potential sale of the province’s telecommunications company SaskTel.

Ontario’s Kathleen Wynne had the lowest approval rating of the country’s premiers, slipping to 20 per cent from 24 per cent in May. The Angus Reid Institute said Wynne’s continued decline is due to the broadly unpopular majority sale of Hydro One.