How Home Capital fought to win back confidence

“I believe we have the right people, strategy and culture in place for a successful path forward,” Yousry Bissada told BNN Bloomberg in an email. “I feel we have the strongest industry knowledge in the alternative lending industry.”

Bissada, a respected mortgage industry veteran, was named CEO in July 2017, three months after Home Capital was pushed to the brink amid a run on deposits. While an investment by Warren Buffett’s Berkshire Hathaway Inc. helped stabilized the business, the work to restore confidence with customers fell into Bissada’s lap.

“Home Capital has been getting down to the business of reputational repair,” mortgage broker Dave Larock told BNN Bloomberg. “The challenge we have as mortgage brokers is that people are aware of the Home Capital story. When we go out there and offer mortgage solutions to borrowers, we’re attaching our reputation and brand to theirs. So we have to feel comfortable in doing that.”

The crisis in confidence prior to Bissada’s arrival came after the Ontario Securities Commission levelled allegations that Home Capital and three former executives misled investors. The company and former executives later settled with the regulator, the board was overhauled, and Buffett was brought in as an investor.

For Bissada, winning back business started with changing the culture, which he calls “the key ingredient in the future health and success” of Home Capital.

“In all our communications, internal and external, we emphasize our sustainable risk culture, as well as our customer service. Internally we call this ‘amaze them every time.’ In addition, we ask every employee to ‘know your business,’ which means understand our markets and our customers. This is the foundation for all our operations and all our decisions.”

Bissada’s approach has earned praise from shareholder David Taylor, who made a big bet on Home Capital during the dark days in 2017.

“Hats off to Yousry, because he got out there and put in the face time with clients to regain their trust,” Taylor, founder of Taylor Asset Management told BNN Bloomberg in a phone interview. Home Capital remains one of Taylor’s top five investment holdings.

“He’s not a promotional guy. He’s just building a business that brokers and customers want to deal with. They need to feel comfortable he’s not going to blow them up.” 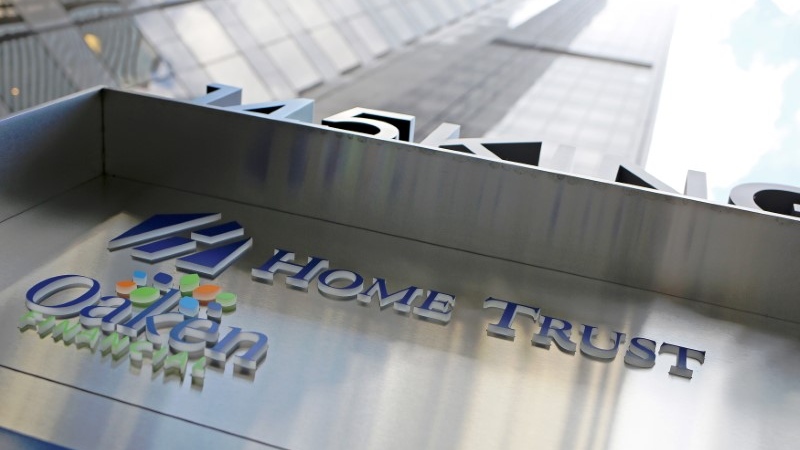 Bissada has rebuilt the executive team, hiring sales veteran Ed Karthaus and Amy Bruyea, who oversees human resources. “Those folks know the industry,” said mortgage broker Dave Larock. “They know the right people to bring on board to improve operationally. You can tell things are running more smoothly.”

“Since they regrouped and built a new management team, they have been very refreshing to work with,” mortgage broker Joe Sammut of Mortgage Architects told BNN Bloomberg in an email. “A larger number of Canadians do not qualify for bank mortgages, so the need for lenders like Home Capital is ever increasing.”

Indeed, the B-20 mortgage stress tests implemented last year led more home buyers to seek help from alternative lenders. “Home Capital continues to be a very viable resource for our clients needs,” according to Sammut.

In Home Capital’s first quarter, mortgage originations rose 4.9 percent, while its total provision for credit losses rose to $6.1 million, from $3.9 million in the fourth quarter.

Shareholder David Taylor has also been encouraged that Home Capital is not growing at the expense of margins. “They’ve shown a greater focus on discipline and profitable growth,” according to Taylor.

Home Capital’s stock has risen 53 per cent in 2019, making it one of the best performers on the TSX this year. Its shares are back above $20 for the first time since the free-fall began in the spring of 2017.

The stock had suffered a double-digit percentage decline in late December, when Buffett’s Berkshire Hathaway announced it would “substantially exit” its position in Home Capital, while stating “we will continue to cheer from the sidelines for our friends at Home.”

Analysts, on average, expect the company to generate $108 million in revenue in its second quarter, which would represent the fourth time in five quarters that Home Capital has seen year-over-year revenue growth.

Still, Home Capital has yet to win over Bay Street, with its stock currently trading above most analyst target prices.

Cihan Tuncay of GMP Securities is one of the rare bulls, with a 12-month target price of $30.50 per share. “The market does not fully appreciate the progress made since 2017,” Tuncay wrote in a recent research report. “We believe there is more room to run,” Tuncay said, citing a steady housing market and increasing market share for alternative lenders.

Bissada told BNN Bloomberg he’s encouraged about the health of the mortgage market.

“I feel like the conditions are in place for a balanced and sustainable market going forward. Interest rates are stable and the employment picture is healthy,” he said in an email.

GMP’s Tuncay sees Home Capital reinstating its dividend, which was suspended in 2017, by next year.

Beyond winning back customers, Bissada is spending on technology to bring Home Capital into the digital age.

“I’m certain the previous management paid no attention to technology or looking out five years — nothing other than focusing on quarter-to-quarter performance,” shareholder David Taylor told BNN Bloomberg.

“Right now the focus is on execution and strengthening our technology and digital capabilities to meet the needs of the market today and tomorrow,” Bissada said.