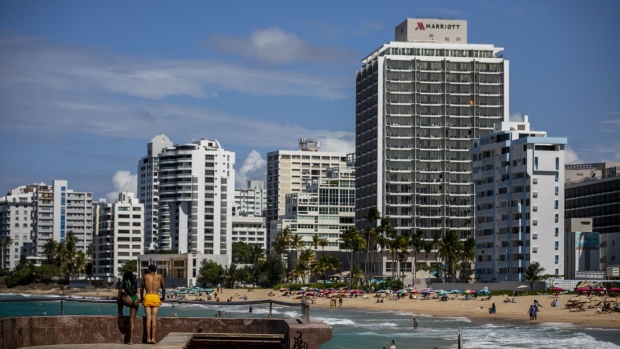 (Bloomberg) -- The Puerto Rico bankruptcy isn’t over for Wall Street.

The commonwealth is poised to exit its Title III debt restructuring, after Judge Laura Taylor Swain approved the debt-reduction plan of the island’s oversight board this week. And now for the unfinished business.

It’s mentioned briefly on page 29 of the Findings of Fact and Conclusions of Law filed by the judge, in a footnote that’s easy to miss if you aren’t looking for it.

“Many residents of Puerto Rico, political leaders, and investors have called for specific auditing of the bond issues and the application of the proceeds of certain bond issues and/or prosecution of individuals or entities that may have misapplied bond proceeds,” the footnote states. “Such inquiries could be helpful to Puerto Rico as it grapples with its past and moves toward the future.”

But this reckoning isn’t what these proceedings are about, the footnote continued. The oversight board, “in its capacity as the Debtors’ representative, has focused on the identification of resources that can be marshaled for application to outstanding debts, and on reaching agreements to reduce outstanding debts without extensive further litigation.”

And this has been accomplished, not quite seven years since Governor Alejandro Garcia Padilla announced in the New York Times that “the debt is not payable,” which is my nomination for the first entry in any proposed Quotable Municipal Bond Market.

Now it’s time to find out how this happened. For me, Exhibit I of “this” is defined by the annual state debt medians report published by Moody’s Investors Service, which showed how the U.S. territory of Puerto Rico, an impoverished Caribbean island of about 3.3 million people, led the nation when it came to per capita debt.

Every year Moody’s would publish the list of 50 states and then way at the bottom, below the states and on a line all its own, would be Puerto Rico, “not included in any totals, averages, or median calculations but provided for comparison purposes only.”

How did this happen? How was Puerto Rico allowed to keep piling on the bonded debt that eventually swallowed the island up? Finding out, as the judge wrote, would be “helpful,” as the island “grapples with its past and moves toward the future.”

It may do well to keep in mind that back in 2019, the oversight board sought to repudiate $6 billion in full-faith-and-credit bonds because their issuance breached debt limits in the island’s constitution. That particular gambit proved a useful negotiating tactic to seal creditor agreement, and otherwise went nowhere, but the board had a point.

The above-cited footnote concludes, “confirmation of the Plan does not preclude further investigations or law enforcement activity with respect to conduct in connection with the past issuance of debt and application of debt proceeds.”

Bankers and underwriters may find themselves facing more questions about what happened in Puerto Rico.