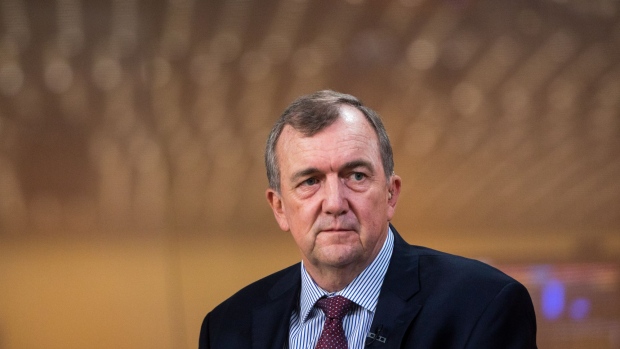 (Bloomberg) -- A low-ball proposal by parent Barrick Gold Corp. to buy out Acacia Mining Plc is an “appropriate” and “elegant” solution to a two-year dispute that has devastated the relationship between the global miner and one of its African subsidiaries, Barrick’s CEO says.

Barrick is not prepared to consider raising its bid at this point, Mark Bristow said Friday. He also declined to comment on the reaction his proposal has received from Acacia’s minority shareholders, saying only that he is engaged in regular discussions with Barrick investors, many of whom also hold Acacia shares.

“We’re not trying to exploit any particular situation,” Bristow said in a phone interview from New York. “At the end of the day we do believe it’s a well-considered, fair and proper proposal that should be taken seriously.”

Acacia has been at odds with Tanzania’s government since July 2017, when the state handed the London-listed gold producer a $190 billion tax bill, saying it falsely declared bullion exports. Barrick has led discussions with the government. In an effort to solve the impasse, Bristow surprised the market earlier in the week with an informal plan to buy out Acacia’s minority shareholders for $285 million, a discount of about 8.5% based on closing prices of both companies on Tuesday.

“To come in as aggressively as he did, with a really low value -- I don’t know what his strategy is,” Hunter Hillcoat, an analyst with Investec Securities, said by phone from London. “They didn’t even offer par. It was almost like a slap in the face.”

The fact that Toronto-based Barrick is putting a value on Acacia, while also leading discussions with the government -- talks from which Acacia has been locked out -- raises questions, Hillcoat said. “It’s a peculiar situation. I’ve never seen anything like it before.”

Bristow disputes the idea it has kept its 64%-owned subsidiary in the dark. “We have been engaged with Acacia, certainly while I’ve been around,” said Bristow, who took over as Barrick’s CEO at the beginning of the year.

“And I know that John Thornton had many engagements with the chairperson of Acacia and we have even submitted draft agreements, or markups, to Acacia,” he said, referring to Barrick’s executive chairman. “Those are the facts.” Bristow declined to say what Barrick could do if Acacia opposes a buyout, or whether it would push for changes to Acacia’s board as a way of forcing a deal.

Acacia, meanwhile, is keeping its cards close to the vest. On Wednesday, the London-listed miner issued a brief statement in response to Barrick’s proposal, strongly advising its shareholders not to take action while it considers developments and tries to verify Tanzania’s position. The miner has blamed its majority owner for its current tax woes, saying they were created when Barrick fully owned the assets.

Acacia has sought to resolve some of its issues with Tanzania through international arbitration, and Hillcoat said the miner may opt to delay a decision on the buyout until then.

“Arbitrations come with their own risk and a very long process,” Bristow said, confirming that hearings are expected to begin in July. “These assets are really stressed at the moment. It’s not a comfortable situation for any of the various interested and affected parties.” He wouldn’t comment on whether arbitration would remain an option if Acacia’s minority shareholders accept a buyout offer from Barrick.

Although the risk of arbitration is higher than accepting a buyout, the reward could be greater, according to Barclays Plc. A favorable ruling might be worth $1.3 billion, more than the companies current market capitalization, Amos Fletcher said in a research note this week. A third option would be for minority shareholders to push for a higher offer from Barrick, he wrote.

Investec is among Acacia’s largest investors, according to Bloomberg data, and also holds shares in Barrick. Powerful minorities are unlikely to “take kindly” to the tone of the current offer, Hillcoat said.

“It appears to be a veiled threat from Barrick that we’re the ones who hold all the cards and you’re just going to have to agree to what we’re doing,” Hillcoat said.

To contact the reporter on this story: Danielle Bochove in Toronto at dbochove1@bloomberg.net