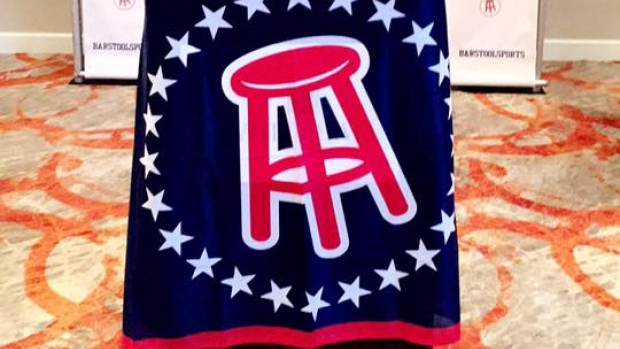 Penn National Gaming Inc. and its minority-owned Barstool Sports, founded by Dave Portnoy, face their first challenge to turn a legion of loyal followers into devout gamblers when its online betting app debuts in Pennsylvania this week.

The controversial sports and pop-culture outlet’s mobile betting app, Barstool Sportsbook, is capping off a three-day test in Pennsylvania ahead of an official introduction on Sept. 18, which will pave the way for a showdown with DraftKings Inc. and Flutter Entertainment Plc’s FanDuel.

The Pennsylvania launch will give the app an opportunity to show its ability to compete with peers who “already have the user base and land grab,” according to Craig-Hallum analyst Ryan Sigdahl.

“That will show whether they can be late to the game and perform in future states when they have a fair shot right out the gate,” Sigdahl said by telephone. Longer-term, Penn and Barstool should be able to take market share from companies with smaller followings, while expanding the total market.

Barstool, 36 per cent owned by Penn National since it invested US$163 million last January, stands to gain from personalities such as Portnoy and Big Cat and PFT Commenter and their cult-like followings, Sigdahl said. Barstool Sports is also debuting just ahead of the second week of National Football League games, which “may help it vie against established online books like FanDuel and DraftKings and benefit from football season’s betting surge,” Bloomberg Intelligence analyst Brian Egger wrote on Wednesday.

For Penn National, the opportunity for Portnoy and his colleagues at Barstool to extend their reach into online betting will be key for investors who have recently flocked to the stock. Shares of the Wyomissing, Pennsylvania-based company are up more than 1,500 per cent since their low in March. DraftKings is up 375 per cent since its bear market bottom.

Penn National’s bet on Barstool and Portnoy highlights a debate in the booming sports betting world: will gamblers who are shopping for the most favorable odds remain loyal to a figurehead or simply rely on them for content?

The eventual winners may depend on the debut of the Barstool Sports application, according to Jefferies analyst David Katz. “In the case of Barstool, it’s certainly a fascinating debate around the degree to which that social media following that they have will be converted into betting customers,” Katz said by phone.

“Will the player who’s a fan of Barstool and Portnoy turn down incentives from other competitors like DraftKings? That’s a question of debate,” Katz continued.

Those promotions, sometimes including US$500 of free bets or added credits aimed at attracting new users and keeping them active, are the cost of entry in the world of online betting, especially if you’re a newcomer trying to pick off market share. Wall Street expects Penn National and Barstool to primarily focus on this promotional spending in place of marketing and advertising given the status of its figures.

The crux of the debate for Barstool and Penn National is their ability to penetrate a market dominated by DraftKings and FanDuel. The pair hold a roughly 70 per cent market share with remaining bettors split among a dozen companies including legacy casinos like MGM Resorts International, Caesars Entertainment Inc., and Wynn Resorts Ltd.

Analysts argue that the national following of Barstool will enable it to spend less on deals with more mainstream media outlets longer-term. Lower marketing costs and not needing to strike deals with larger media players should help boost its margins in the coming years.

That in-house talent contrasts with efforts from DraftKings, in particular, which is estimated to have spent hundreds of millions of dollars for a deal with Walt Disney Co.’s ESPN network. DraftKings has been vocal about its plan to utilize a “portfolio approach” while attracting users with a range of voices for each type of customer, Matt Kalish, co-founder and president of DraftKings North America, said in a phone interview.

Boston-based DraftKings has struck deals with a range of professional sports teams, from the Chicago Cubs to the New York Giants, to help promote their product. It’s also impossible to watch an NFL game without being bombarded with DraftKings advertisements and signage.

For Penn National, another beneficiary of Barstool’s growing online presence and positioning with its sportsbook will be its brick and mortar casinos.

“Barstool magnifies everything about it. Now you have the brand, the personalities, it will elevate their brick and mortar casinos with a Barstool retail sportsbook and a Barstool bar next to it,” Craig-Hallum’s Sigdahl said. “That drives more traffic, more volume, more revenue, and just better energy within the casinos.”