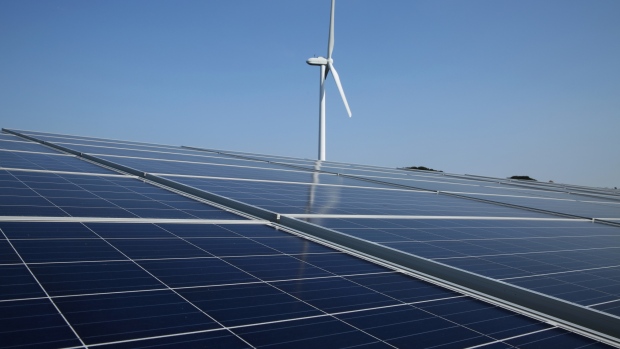 Exchange-traded fund investors are finally paying attention to clean-energy stocks thanks to a market-beating year.

The US$439 million Invesco Solar ETF, known by its ticker TAN, has returned 58 per cent this year, outperforming all other unleveraged ETFs in the U.S., according to data compiled by Bloomberg. That’s spurred the most demand for the fund in five years, with more than US$60 million flowing in last quarter.

Despite a recent bout of weakness, clean-energy stocks have been on a tear as tariffs imposed by President Donald Trump on imported solar equipment gradually decline. Meanwhile, the outlook for greater use of renewables has also improved, further burnishing the appeal of companies like First Solar Inc., one of TAN’s largest holdings.

But price gains aren’t solely responsible for investor interest. Renewables have become a mainstream energy source, supplying more power to America’s grid than coal for the first time ever in April. Solar and wind are now the cheapest forms of power in two-thirds of the world. Meanwhile, the Solar Energy Industries Association recently said the U.S. pipeline for utility-scale projects had reached 37.9 gigawatts, a record.

In fact, newcomers to clean energy missed much of the sector’s advance this year, with TAN’s performance in the first half of 2019 significantly outpacing its return in the third quarter.

However, it’s easy to understand buyers’ caution when you look at the fund’s history: Despite this year’s advance, TAN has lost 85 per cent since it began trading in April 2008.

“Because there’s some maturation of the industry, that could reduce some of the volatility going forward,” said Todd Rosenbluth, director of ETF research at CFRA Research. “While we think prospects for many of these companies are favorable, these products are not for the faint of heart.”