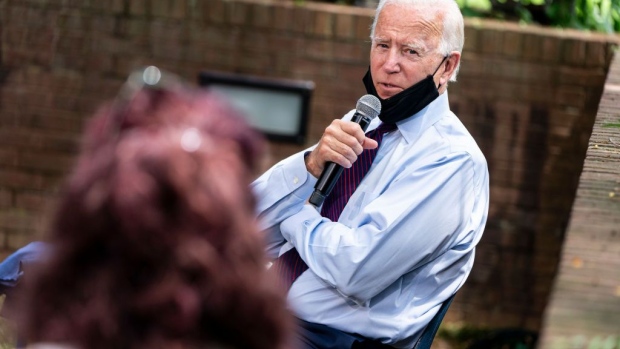 (Bloomberg) -- Joe Biden is set to sharply criticize Donald Trump’s stewardship of the response to the coronavirus pandemic, saying the president is dismissing the threat of the virus as cases surge.

More than six months after the first reported Covid-19 case in the U.S., Biden on Tuesday will deliver a speech in Wilmington, Delaware, outlining what he will call a failed presidential response that has exacerbated a crisis other countries have managed to control.

Biden will assail Trump for holding crowded campaign events and playing golf. And the Democratic nominee will charge that the president called for slowing down testing for the virus because increased cases would hurt his political prospects, according to a preview of the speech released by the Biden campaign.

More than 125,000 Americans have died as a result of the pandemic and millions have lost their jobs as the economy shut down to stop the spread. In recent weeks, new hot spots have emerged as some states reopened their economies, particularly in the South and across the Sunbelt.

Biden will outline steps the country should take to fight the virus and safely reopen the economy, his campaign added. The former vice president has previously called on all Americans to wear masks and said if he were president, he would make it compulsory.

Trump has refused to wear a mask and has not explicitly encouraged Americans to do so.