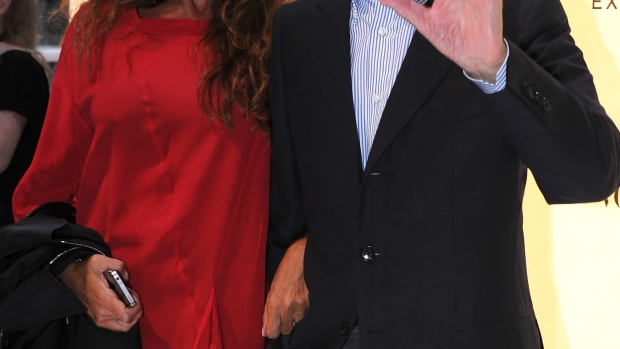 (Bloomberg) -- Italian billionaire Leonardo Del Vecchio’s final ambition for the eye-wear empire he created from scratch was to leave it in such an undisputed leadership position that it would thrive even after he was gone.

So when he returned to an operational role at Luxottica about eight years ago, he sought a deal that would combine his “factory” -- as he called the company he founded in 1961 -- with its French competitor Essilor to create the world’s biggest eye-wear group.

The man he leaned on to help him engineer the deal and then run the combined entity, EssilorLuxottica, was his closest aide Francesco Milleri. After Del Vecchio’s death on Monday at 87, Milleri finds himself in a crucial role, charged with working toward his mentor’s desire to catapult EssilorLuxottica into the exclusive club of companies valued at more than 100 billion euros ($106 billion).

Milleri, who was named CEO of EssilorLuxottica in 2020 after three years of disputes between the Italian and French sides, has his work cut out for him.

His role will be central, as Del Vecchio’s wife and six children are set to inherit the tycoon’s fortune of more than $25 billion with investments ranging from stakes in Italy’s biggest insurer Assicurazioni Generali SpA and iconic investment bank Mediobanca SpA to real-estate company Covivio SpA and a controlling holding in EssilorLuxottica.

Here what’s at stake after the passing of Italy’s second-richest person:

Nicoletta Zampillo, who married Leonardo for a second time in 2010, is set to get a 25% stake in his holding company Delfin SA. The six children Del Vecchio had with three different partners will each own 12.5%.

The billionaire decreed in a letter before his death who would succeed him at the helm of his holding company, and his choice will be revealed when his will is read. Milleri is expected to be named.

The statute of his holding company was specifically written to ensure continuity and avoid any risk of a breakup. An 88% majority is needed to approve any major change, according to a copy of the document.

Del Vecchio’s death “potentially creates some uncertainty about the future shareholding structure of EssilorLuxottica and could have company strategy implications in the longer term,” Creditsights said in a note to clients. But the need for wide agreement on major changes “decreases the likelihood of shock changes,” it said.

With Milleri running the business, the French-Italian company’s board will meet to name a new chairman.

Del Vecchio had set a market-value target for the company of 100 billion euros, saying that would ensure that the eye-wear giant would be strong enough to survive any technological disruption in the industry.

Del Vecchio had been seeking to help Generali and Mediobanca become global leaders, mirroring what he had done with Luxottica. He became Mediobanca’s biggest investor with a stake just below 20% and among Generali’s biggest, with almost 10%.

Del Vecchio was part of the investor group that challenged management at Generali. The plan failed to win an investor vote earlier this year.

He had also clashed with Mediobanca CEO Alberto Nagel and had pushed for a change in his strategy. It has yet to be seen if his holding company Delfin will change its stance with his death.

“While we expect little impact on Mediobanca’s equity story or its strategy, we see the prospect of greater uncertainty medium term deriving from the complex inheritance structure of Delfin, which over time could result in a large share overhang,” Morgan Stanley analyst Antonio Reale wrote in a note to clients.