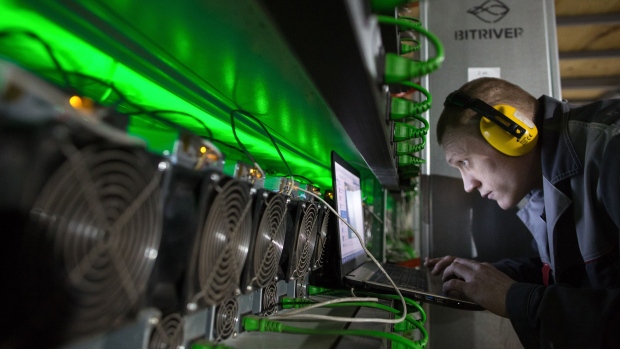 For better or worse, the month of November has always been one to remember in the world of Bitcoin.

Reasons cited for its volatile moves during the 11th month of the year run the gamut from tax-loss harvesting, to its round-the-clock trading nature, to Mercury being in retrograde. It could also just be coincidence. Whatever the cause, Bitcoin tends to go berserk in November.

Take this month, when the world’s largest cryptocurrency fell for 10 consecutive days through Tuesday of this week, notching its longest streak of down days on record. Even with Wednesday’s six-per-cent rebound, the retreat pushed its price down about 17 per cent and put it on pace for its worst month since November of last year. That was when Bitcoin posted it second-worst run in its history — a streak of nine down days that saw it lose 38 per cent of its value through the end of the month, according to data compiled by Bloomberg.

November has also been substantially more volatile for Bitcoin compared with other months, according to Bespoke Investment Group. Since 2011, its biggest monthly change up or down has occurred in November, with the average move coming in about 20 percentage points higher than the next largest. 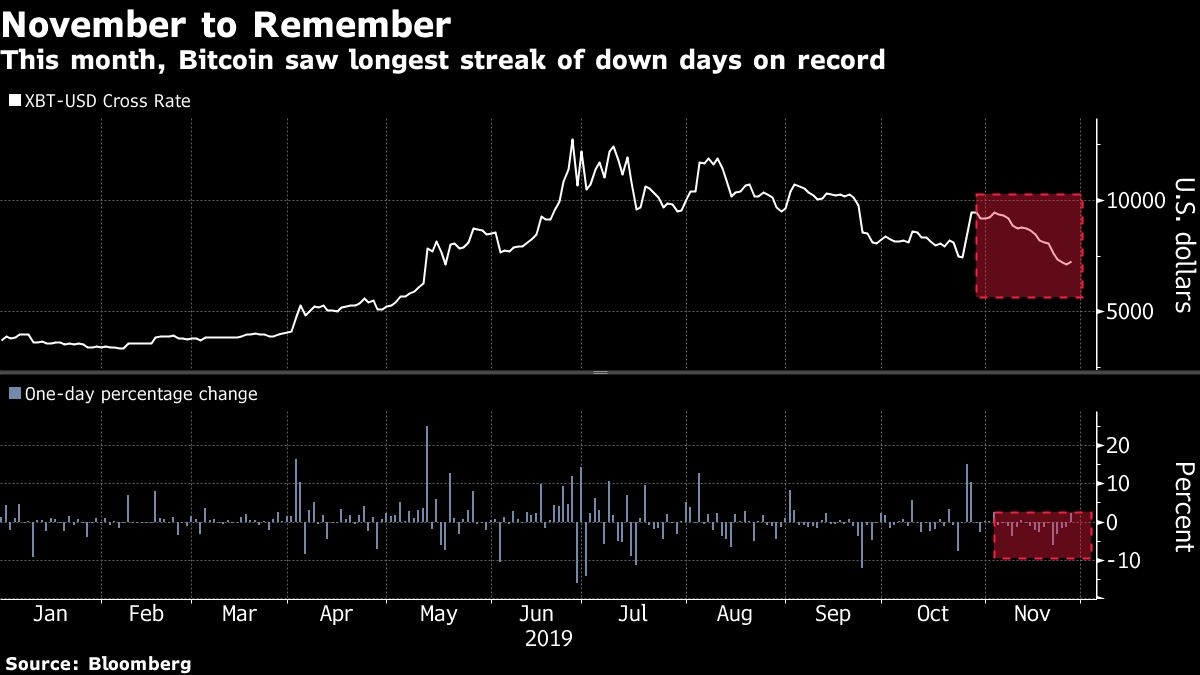 “It just moves in ways that are not cyclical like other businesses and other markets,” Bobby Cho, a partner at CMS Holdings, said in a phone interview. “Toward the end of the year, other asset classes may start to quiet down just because it’s the holidays and things like that. But in crypto, because of the global nature and it never closing effectively, things are always happening.”

For years now, Bitcoin’s explosive November moves have made it a hot topic at Thanksgiving dinners around the country. This time in 2017, for instance, Bitcoin evangelists had a lot to be thankful for, with investors and speculators alike hopping on the crypto gravy train while it soared at an unprecedented rate. Through Thanksgiving day that year, Bitcoin had already posted a monstrous 760-per-cent gain for the year.

Fast forward to last year and those even remotely tied to the industry had a lot more explaining to do. The day before Thanksgiving, Bitcoin was trading around US$4,400, having dropped about 69 per cent for the year.

“Price and emotions tend to work together so when prices are at all-time highs, everyone is euphoric and probably way over their skis with regard to how fast this industry is going to grow,” Jeff Dorman, chief investment officer at Los Angeles-based investment firm Arca, said by phone. “And when things are in contraction, prices are down, everyone is depressed and acting like the world is ending.”

And this year? Despite its recent drop, Bitcoin’s still up about 95 per cent in 2019, though it’s far off its all-time high of near US$20,000 reached in December 2017. A swirl of negative headlines pushed crypto prices lower this month, chief among them China’s sudden and swift crackdown on the trading of digital assets.

Still, the decline has left many undaunted. If anything, they say, it’s a sign cryptocurrencies are maturing — the price swings are similar to those in other asset classes. After all, the argument goes, it’s still a relatively nascent market.

For Nigel Green of deVere Group, the fluctuations are no different than volatility that’s prevalent elsewhere.

“There are peaks and troughs in all financial markets; the cryptocurrency market is not — and should not be — any different,” said the firm’s chief executive officer. “Each time there is a dip in the market or a bout of volatility in cryptocurrencies, the crypto haters declare that digital currencies are finished -- only for them to subsequently experience a rally. The same people do not make such extreme and unfounded statements with most other financial markets.”