The largest token has added more than US$415 billion of value in 2021 to more than US$1 trillion, data compiled by Bloomberg show. The Bloomberg Galaxy Crypto Index, which includes Bitcoin and four other coins, has more than doubled.

Speculators, corporate treasurers and institutional investors are thought to have stoked Bitcoin’s volatile ascent. Crypto believers are dueling with skeptics for the dominant narrative around the climb: the former see an asset being embraced for its ability to hedge risks such as inflation, while the latter sense a precarious mania riding atop waves of monetary and fiscal stimulus. 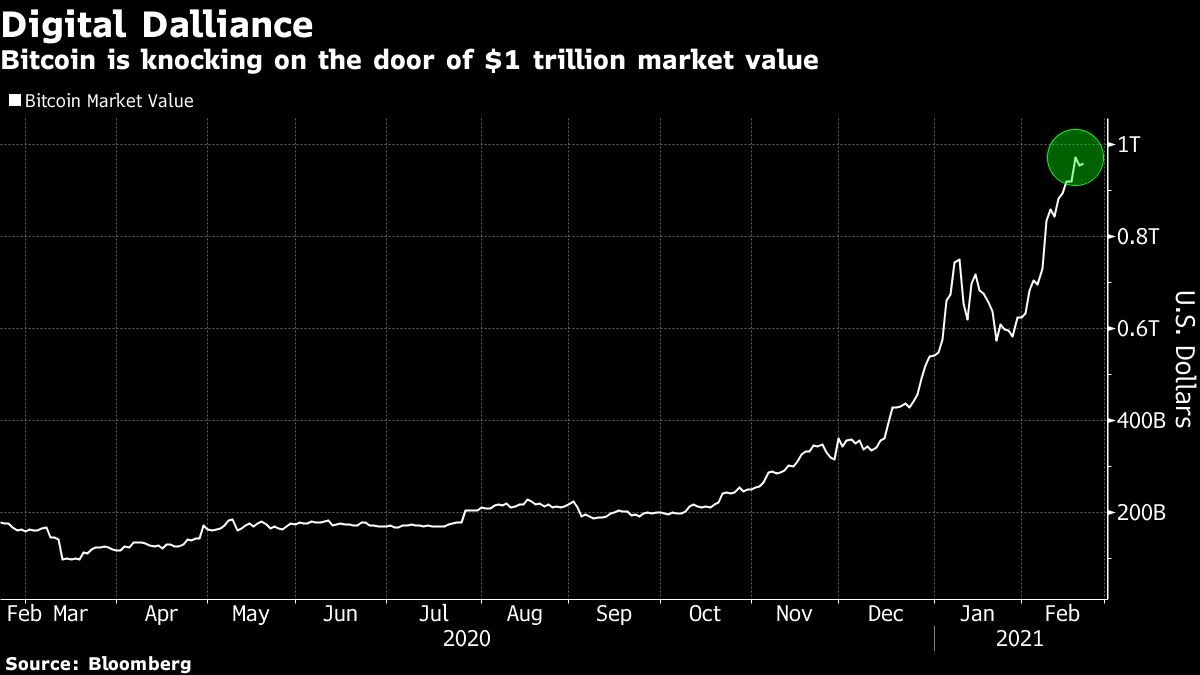 FOMO -- fear of missing out -- may be at play, said Shane Oliver, head of investment strategy with AMP Capital Investors Ltd. in Sydney, adding that “in times of easy money this gets magnified and it’s partly what’s driving the current interest.”

The crypto index’s performance towers over stocks, gold, commodities and bonds in 2021.

This month, Tesla Inc. disclosed a US$1.5 billion investment and MicroStrategy Inc. boosted a sale of convertible bonds to US$900 million to buy even more of the token. That brought the coin closer to corporate America. 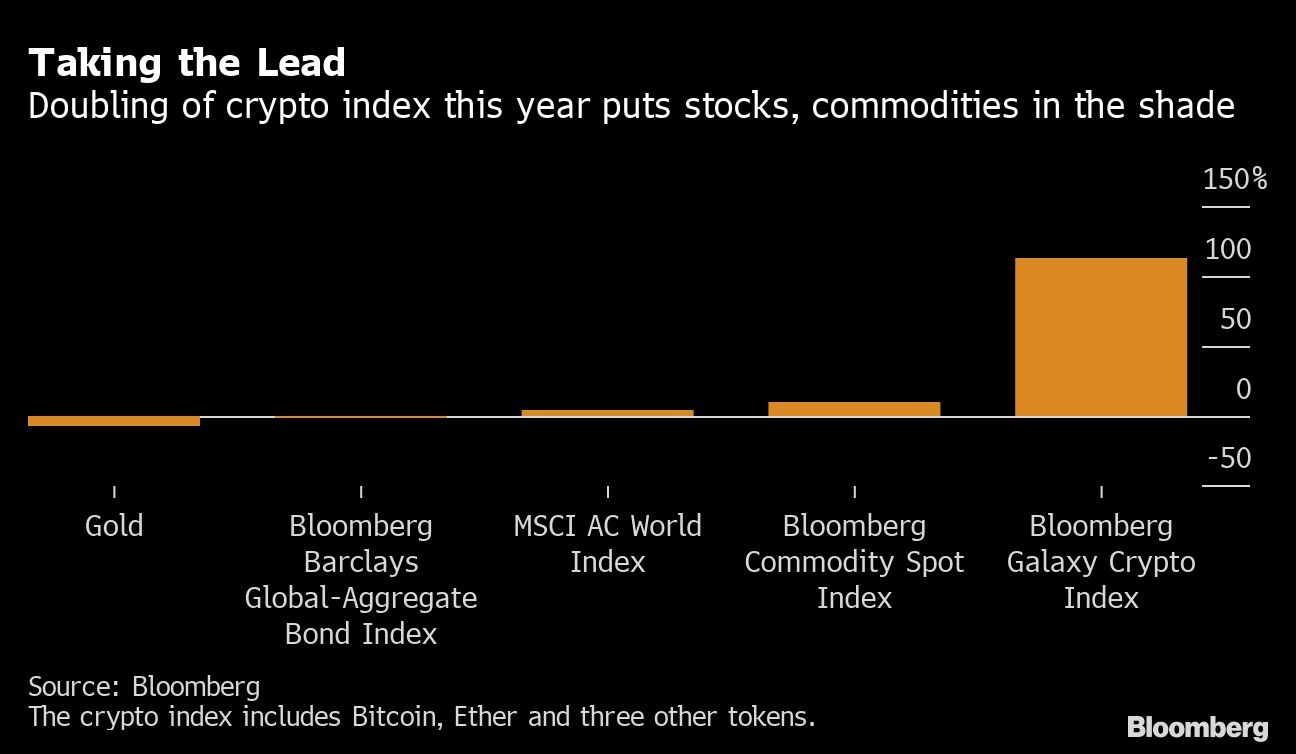 “If companies’ fundamentals are going to become closely tied to movements in Bitcoin because they’ve suddenly become speculators on the side, we’re going to be in bubble territory before you know it,” said Craig Erlam, senior market analyst with Oanda Europe Ltd.

The “long Bitcoin” trade is seen as among the most crowded in the world alongside technology exposure and dollar shorts, according to the February edition of Bank of America’s global fund manager survey.

AMP’s Oliver said if Bitcoin “falls out of favor -- for example due to government regulation or investors just moving on to the next new thing -- then it could quickly plunge.”

--With assistance from Emily Barrett.