Bitcoin extended recent gains in Friday trading, continuing its slow progress toward US$16,000 after joining a slew of assets from oil to Asian stocks that rallied in the wake of the U.S. election.

While the token’s weekly advance is starting to look parabolic at 14 per cent, on Friday the move roughly matched its daily average for the past month of about two per cent. That’s less than half of the swings notched in the depths of pandemic in March, and well below the average 30-day volatility the digital asset has displayed in more than a decade of trading.

To bulls, the steady gain is adding to the perception that the biggest digital token is gaining more mainstream credibility.

Recent institutional endorsements include Square and investors like Paul Tudor Jones, while massive central bank easing has added to the backlash over the established monetary order. 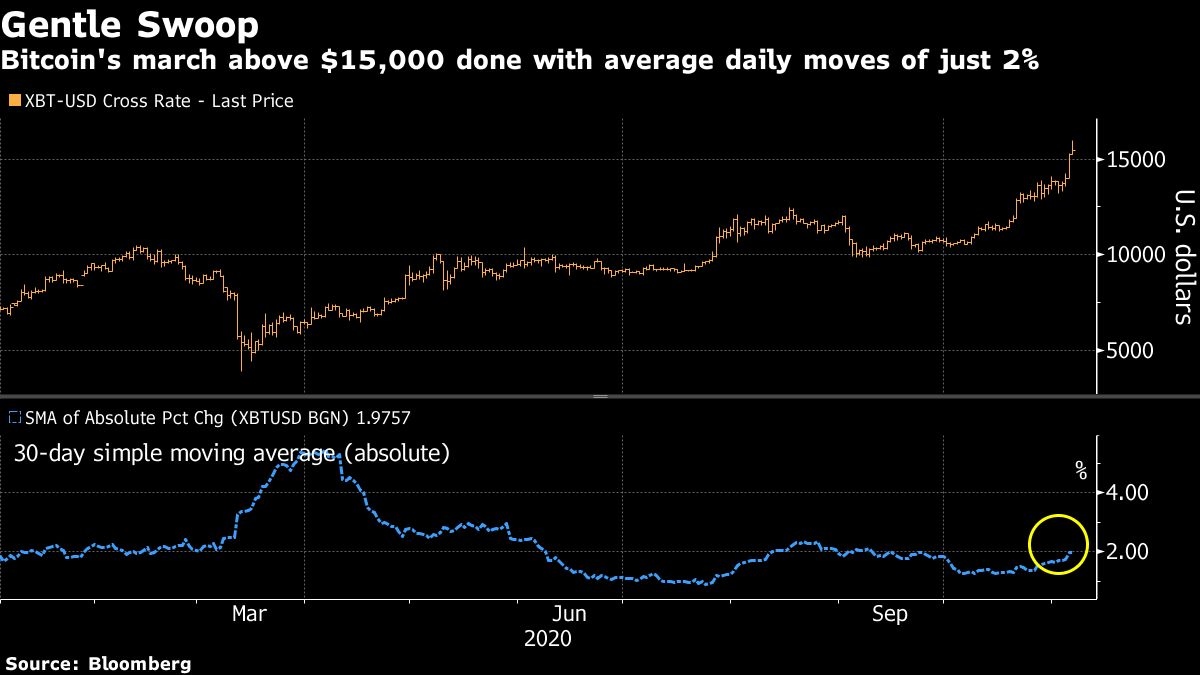