Just a week after the first Bitcoin exchange-traded funds in North American started trading, the underdog firm just kicked off a fee war.

Evolve Fund Group in Canada lowered the price on its Bitcoin ETF, ticker EBIT, to 0.75 per cent from 1 per cent, according to a statement. That’s now cheaper than the 1 per cent expense ratio of its competitor the Purpose Bitcoin ETF (BTCC), which starting trading just a day before Evolve’s offering but has already attracted far greater interest.

The rapid price cut underscores the benefits of being first to market in the ETF space, especially amid the fervent demand for products tracking anything related to crypto. As U.S. regulators continue to deny approval for a Bitcoin ETF, the Canadian products are capturing investor attention.

“BTCC illustrates the importance of first mover advantage in ETFs,” said Ben Slavin, head of ETFs for BNY Mellon Asset Servicing. “A one-day head start was all that was required to establish a clear lead for Bitcoin ETFs in Canada.” 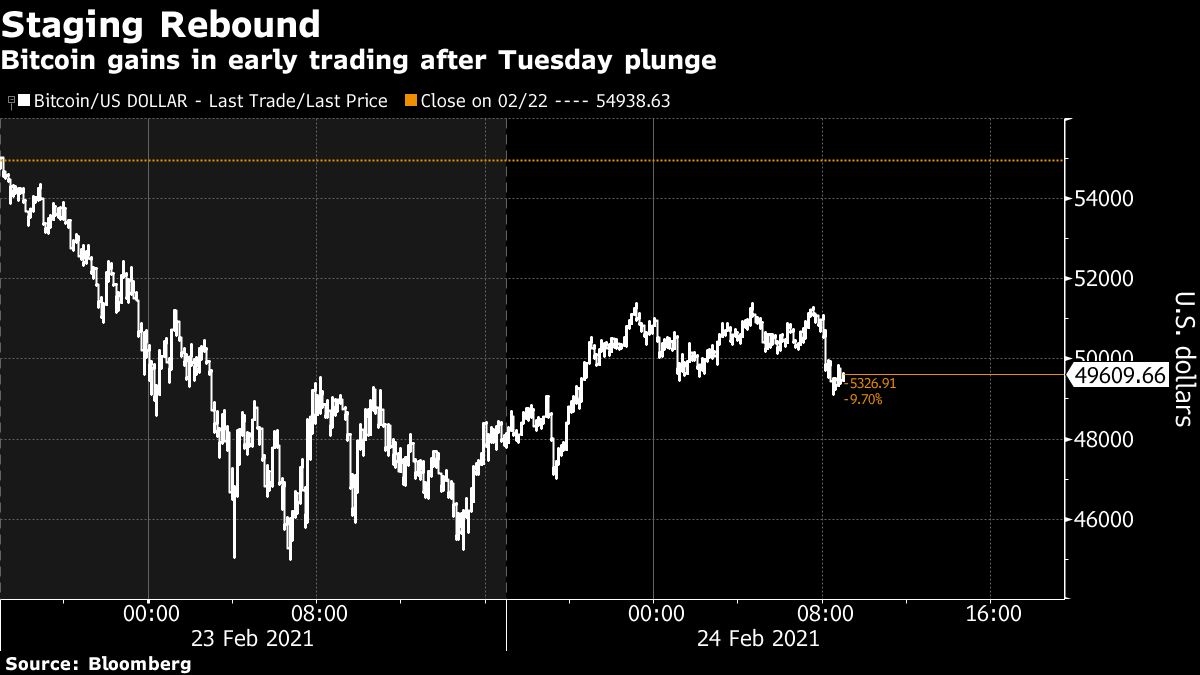 Since its debut on Feb. 18, BTCC has gained US$448 million in assets compared to only US$28 million for EBIT, according to the firms. In its first day of trading alone, more than US$165 million worth of shares in the Purpose product changed hands. Only a day later, that number for EBIT was just US$14.6 million.

The fee is still relatively expensive in the ETF space, even among the more complicated products. The median fee for passive equity products is 0.49 per cent, while their active counterparts charge an average 0.72 per cent, according to data from Bloomberg Intelligence.

Bitcoin’s sharp climb on Wednesday, following support from Ark Investment Management’s Cathie Wood and news that Square Inc. has boosted its stake in the cryptocurrency, could generate even more interest in the ETFs.

Huge demand for the Canadian funds also ramps up the battle in the U.S. for issuers to gain first approval in launching a Bitcoin ETF, although the Securities and Exchange Commission has so far rejected applications due to concerns about price manipulation and insufficient liquidity.

“Prospective Bitcoin ETF issuers in the U.S. must be salivating after witnessing the debut of BTCC, but they’re also likely feeling much more pressure now,” said Nate Geraci, president of the ETF Store, an advisory firm. “It’s reasonable to assume the winner of the U.S. Bitcoin ETF race stands to benefit significantly.”