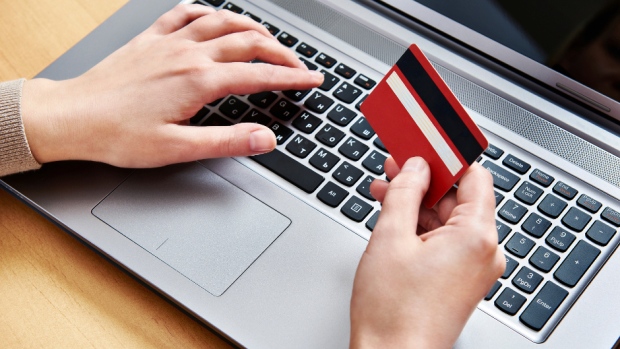 Black Friday is a popular day for U.S. shoppers to start hunting for deals ahead of the holidays, but it has made its way north of the border in recent years. Canadians now spend 26 per cent more on Black Friday than on Boxing Day, according to debit and credit card payment processor Moneris.

Three experts joined BNN on Friday to weigh in on Black Friday trends they’ve seen emerge in Canada and how the major shopping day has evolved.

Host Question: It’s been common when the dollar was strong for investors to get more bang for their buck where bargains were perceived to be steeper in the U.S. than they are here. Now with the Canadian dollar much, much weaker, trading at about 74 cents U.S., how much of an influence is that on the behavior of shoppers? How much more reluctant are they to go across the border when the dollar is so weak?

“It certainly has an impact. It’s certainly going to temper their desire to go across the border. But I think there’s several things to recognize. One is even when the dollar was down around 64 or 65 cents, Canadians were still heading south of the border to find deals.”

“Also, I think we’re not just seeing people go the States, we’re seeing them shop in cyber space. And so that kind of erases borders, too. You don’t necessarily have to travel to find bargains these days. In fact, the border isn’t necessarily with the United States. You can order from Europe, you can order from China with much greater ease than was once possible.”

“I think the third thing to consider is that many more American retailers have a presence in Canada now – and so we are now seeing the availability of goods that were once scarce or rare being available in today’s marketplace.”

Q: Based on early site surveys at different retail locations this morning, how does this year compare to last?

“Well basically, things look like they’re pretty much same as last year. So I talked to some of the staff at a couple retailers at Wal-Mart and Best Buy – sort of incognito talked to a couple of consumers. Lineups looked about the same as they did last year this time. Wal-Mart was open an hour earlier, which is interesting, at 6 a.m. And there’s still some hot specials – TVs of course — that are driving people in.”

Q: How would you characterize this holiday season compared to a couple of years ago?

“Certainly the retailers are trying hard to create that holiday feel this season. But let’s face it, in Canada, the economy is still quite fragile. And I would argue that consumer sentiment is still a little weak. And I know we saw a pop in retail sales in September. But if I had to bet on it, I would say overall for the season you’re going to see a flat to up single-digit retail season overall in Canada, with inflation.”

Q: Does the lower Canadian dollar keep more Canadians within our border? Do Americans really come here for cross-border shopping?

“I think some do if they are right in Buffalo, right on the edge. Let’s face it: U.S. retailers are not backing off this year. They had a horrible Black Friday last year, and they were all down, so they are going full guns blazing this year with even better offers.”

Q: How big has Black Friday become for the auto makers?

“Black Friday is obviously a retail push in the U.S. and you don’t typically think about making your second-largest purchase behind your house on a single day in a rush. So, it’s not really about Black Friday. It’s about Black Friday sales, which is really replacing the end-of-the year blowout events for a lot of auto manufacturers – more so for the North American brands. It seems to be more important because they go typically on a calendar fiscal year, where their year-end clearance is important to get to new models.

“Most auto manufacturers are in what they would call sort of a campaign push […] a thrust period  where they’re trying to sell. So it’s pretty big for a lot of them. There interesting thing is a lot of people now identify Black Friday with auto sales.”

“It’s nothing I would think people would line up for. The best part of it is, if you can save $3,000 on a car, why wouldn’t you line up versus saving $100 on a television and get trampled?”