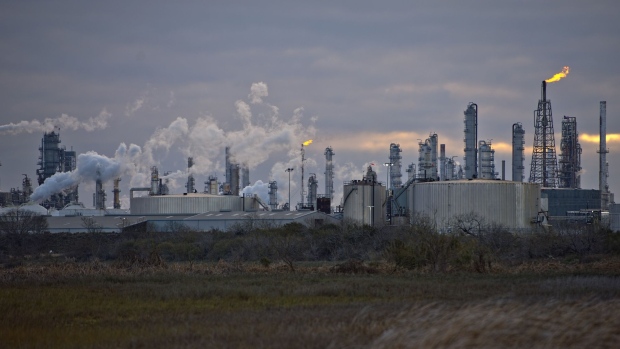 (Bloomberg) -- BlackRock Inc., one of the leading advocates of sustainable investing, is on a mission to persuade Texas that it’s a strong backer of the oil and gas industry.

The world’s largest asset manager touted itself in a letter to groups in the Lone Star State as “perhaps the world’s largest investor in fossil fuel companies,” with a stake of at least 6% in Irving, Texas-based Exxon Mobil Corp. and Houston’s ConocoPhillips.

Several of the world’s biggest money managers have joined New York-based BlackRock in pushing back against pressure to divest from fossil fuel companies to achieve long-term climate goals. They argue that shareholders, rather than outsiders, are in the best position to drive change from within and push corporate polluters to expedite the transition to a low-carbon future.

BlackRock faced a backlash from Texas government officials, including Lieutenant Governor Dan Patrick, who accused the firm of being hostile to the oil and gas industry. Under a 2021 law, the state can restrict business with companies it decides are boycotting the energy industry.

In the letter, BlackRock said it expects to be a long-term investor in companies in carbon-intensive sectors because those firms will play crucial roles in the economy and in the energy transition.