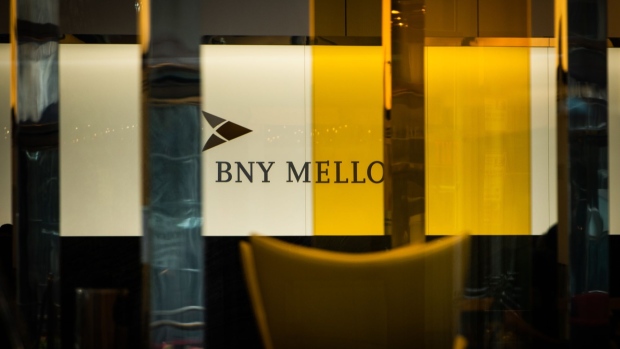 (Bloomberg) -- Bank of New York Mellon’s Frankfurt offices are being raided by Cologne prosecutors as part of their vast investigation into the controversial Cum-Ex scandal that has increasingly ensnared Wall Street’s biggest banks.

BNY Mellon confirmed that its Frankfurt office was visited by German authorities. The bank said it continues to cooperate fully with the authorities in an ongoing investigation relating to legacy tax matters. There has been no interruption to services to clients, the lender added.

A spokesman for Cologne prosecutors said searches at two unidentified banks started on Tuesday and included the homes of employees who are suspects in the case. More than 120 officers are involved, including tax investigators from three German states. The investigators are also looking for evidence of deals similar to Cum-Ex, he said.

Cum-Ex was a trading strategy that siphoned off at least €10 billion ($10 billion) in government revenue. Named for the Latin term for “With-Without,” the deals took advantage of German tax laws that seemed to allow multiple investors to claim refunds of a tax on dividends that was paid only once. The nation moved to abolish the practice in 2012.

The second bank searched is ODDO BHF SE which in 2010 sold a unit to BNY Mellon that later draw the attention of prosecutors. The lender confirmed the raid and said it is fully cooperating with the authorities.

“The events occurred well before the takeover of BHF BANK by ODDO & Cie. in 2016,” ODDO BHF said.

While dating back more than a decade, the Cum-Ex scandal continues to roil the financial industry. Prosecutors in Cologne are investigating more than 1,500 people and are ramping up the pressure on international banks.

Bank of America Corp.’s Merrill Lynch premises have been targeted in recent months along with Morgan Stanley and JPMorgan Chase & Co. Barclays Plc’s Frankfurt office was also hit by prosecutors.

In 2010, when Cum-Ex deals reached their peak in Germany, BNY Mellon bought a unit from BHF Asset Servicing GmbH for €253 million euros. That unit was allegedly involved as a fund administrator in five of the cases under review in Germany’s first Cum-Ex trial that lead to the conviction of two bankers in 2020 in a Bonn court. BNY Mellon had to participate in the case as a concerned party until shortly before it ended.

The dividend tax scandal has been called the biggest tax-dodging scheme in German history and has been officially declared an illegal practice by the country’s highest court. At the height of the practice, investors rapidly traded shares to earn duplicate refunds on dividend tax.

(Updates with BNY Mellon statement in the second paragraph.)