A boardroom drama has gripped Rogers Communications Inc., a byproduct of a lagging share price and weaker performance in its wireless unit.

Frustration over the company’s performance is “understandable,” BMO Capital Markets analyst Tim Casey said Tuesday in a note to investors. His note followed a report by the Globe and Mail newspaper that Chairman Edward Rogers tried to force out Chief Executive Officer Joe Natale. The effort failed when other board members sided with Natale, who’s held the job since April 2017.

Rogers’ shares have trailed those of BCE Inc. and Telus Corp. by a wide margin over the past three years. One overhang on the stock is the proposed US$16 billion takeover of Shaw Communications Inc., unveiled in March. 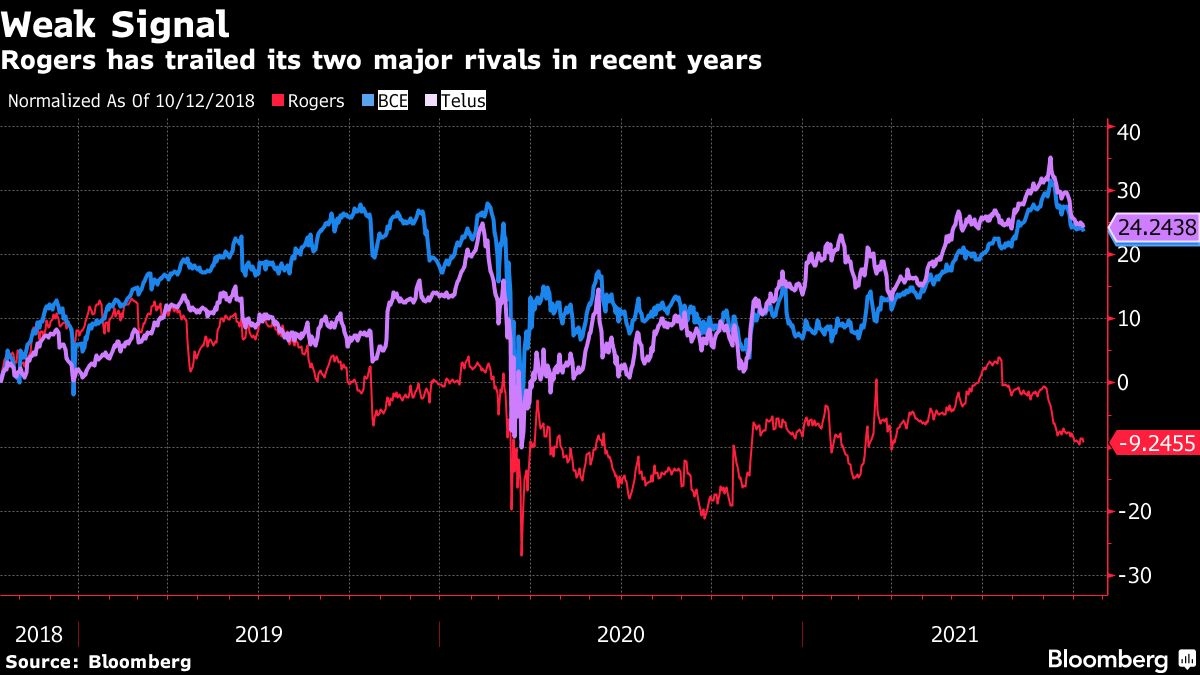 But even before that deal, Rogers was struggling in its wireless unit, the source of about 60 per cent of its revenue. Growth in network service revenue was lackluster going into the pandemic and fell more sharply compared with its two major competitors after COVID-19 hit, Casey said in his note.

“It is not debatable that Rogers’ key loading and revenue statistics compare unfavorably to Bell and Telus,” Casey said. The boardroom power struggle adds long-term risk for investors, he added, cutting BMO’s price target to $68 from $72.

Some of Rogers’ recent troubles were beyond its control. It has a large wireless roaming business, but that revenue line was crushed when people stopped traveling due to COVID-19.