Boeing 737 issues may get worse: Analyst

Boeing Co. (BA.N) shares fell on Tuesday after Barclays Capital downgraded the stock, writing that Wall Street was still underestimating the fallout that would occur as a result of the deadly 737 Max crashes in Indonesia and Ethiopia.

“We expect the recovery of 737 Max production to take longer than expected,” and fliers’ desire to avoid the aircraft is “likely worse than anticipated,” analyst David Strauss wrote, lowering his investment rating to equal weight from overweight. The price target fell to US$367 from US$417.

Shares of the largest stock in the Dow Jones Industrial Average (which is weighted by share price) fell as much as three per cent, extending a recent downtrend. The stock has dropped in seven of the past eight trading days, and it is down almost 18 per cent from a record close in early March. 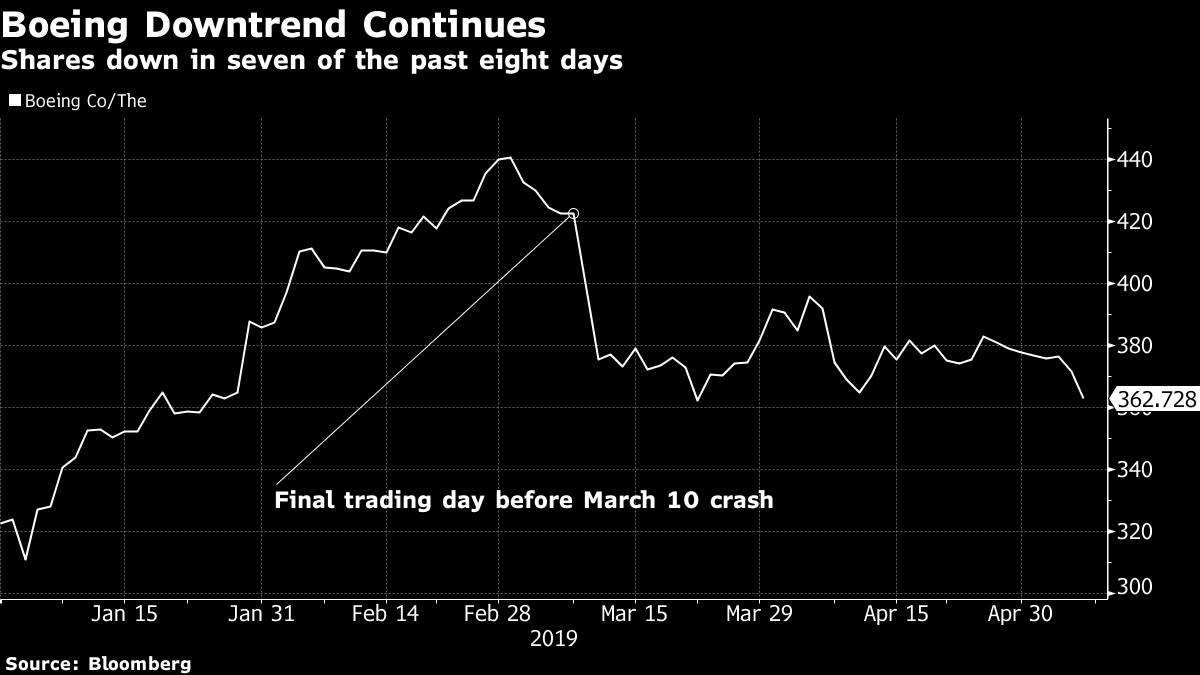 While the consensus view is that fliers have “minimal apprehension” about the aircraft, Barclays wrote, “we’ve thought there’s risk that it could be worse this time than following past incidents given social media and fliers’ ability to know the aircraft type in advance of booking.” Citing a survey of fliers, the firm wrote that “nearly half won’t fly MAX for year or more.”

The downgrade brings the number of buy ratings on Boeing to 18, according to data compiled by Bloomberg. There are nine hold ratings and two firms that recommend selling the stock. The average price target is US$429, which represents upside of almost 19 per cent from current levels.