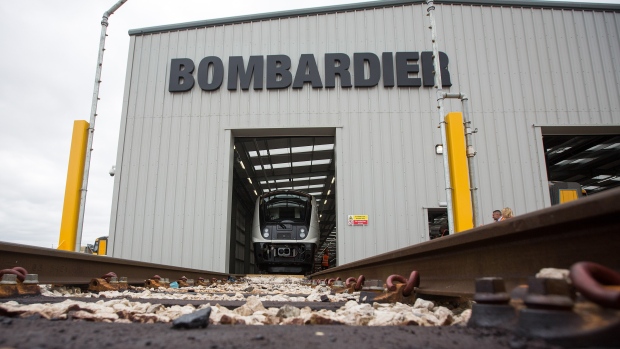 An Aventra Class 345 electric multiple-unit test train, manufactured by Bombardier Inc., to be used on the Elizabeth Line as part of the Crossrail project, sits on tracks in a hangar at the Bombardier Transportation UK Ltd. Rail Vehicles Production Site in Derby, U.K., on Friday, July 29, 2016. , Simon Dawson/Bloomberg

The company says the contract will yield no additional work in Canada, with Buy American rules prompting Bombardier's plant in Plattsburgh, N.Y., to build the multi-level cars, rather than its facility in Quebec.

As of 2018, at least 65 per cent of the cost of components for public transit projects must be manufactured in the United States, with final assembly taking place on American turf as well.

The minimum content threshold will increase to 70 per cent by 2020.

It's Bombardier's third commuter car deal with the state-owned transit agency, following contracts awarded in 2002 and 2010.