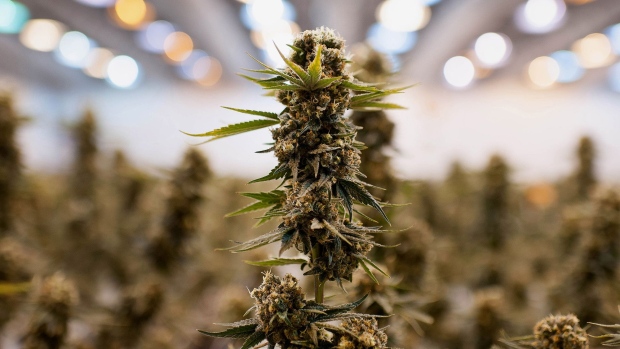 Health Canada is reinstating Winnipeg-based Bonify Holdings Corp.’s licence to sell legal pot in Canada, the first time the federal regulator has restored a suspended licence for a cannabis producer.

Bonify's licence to sell legal cannabis in Canada was suspended in February after a third-party investigation revealed the company hired a broker to buy roughly 200 kilograms of pot that originated from an unauthorized source and was eventually sold into the Saskatchewan market.

RavenQuest BioMed Inc., which was retained by Bonify in late 2018 to help remain in compliance with regulators, said in a statement Wednesday it received the company’s new cannabis sales licence.

“Having guided Bonify through corrective action vis-a-vis operational procedures, proper record-keeping, training, and all other standard operational procedures within the Bonify facility, we now have the roadmap to licence reinstatement for non-compliant operators,” said George Robinson, chief executive officer at RavenQuest and interim CEO at Bonify, in a statement. “This is a landmark moment in an industry that has faced several high-profile compliance challenges.”

Bonify was one of a handful of cannabis companies including CannTrust Holdings Inc. and Evergreen Medicinal Supply Inc. that ran afoul of Health Canada regulations since recreational pot was legalized in Canada a year ago. Those regulatory issues weighed significantly on the cannabis sector, notably on publicly-listed producers who already faced pressure from lower valuations and disappointing quarterly results.

CannTrust’s ability to sell and produce cannabis was formally suspended by Health Canada last month after the regulator found thousands of kilograms of cannabis being grown in unlicensed rooms. Meanwhile, Evergreen Medicinal Supply Inc.’s licence to grow and sell marijuana was suspended by federal regulators last month following an unannounced inspection that led to a non-compliance order on the company.

Bonify’s ability to sell cannabis legally again also offers a clear pathway for other suspended producers to return to compliance with Health Canada if they can demonstrate that they can abide by the regulator’s various measures aimed at ensuring public safety and compliance with the law.

“The lessons from Bonify are clear: Follow the rules, train your staff and run a clean, well-designed facility capable of producing high-quality cannabis without cutting corners,” Robinson said.

“Today’s licence flip from ‘suspended’ to ‘reinstated’ represents a new direction for Bonify, for other non-compliant LP’s and the industry as a whole.”